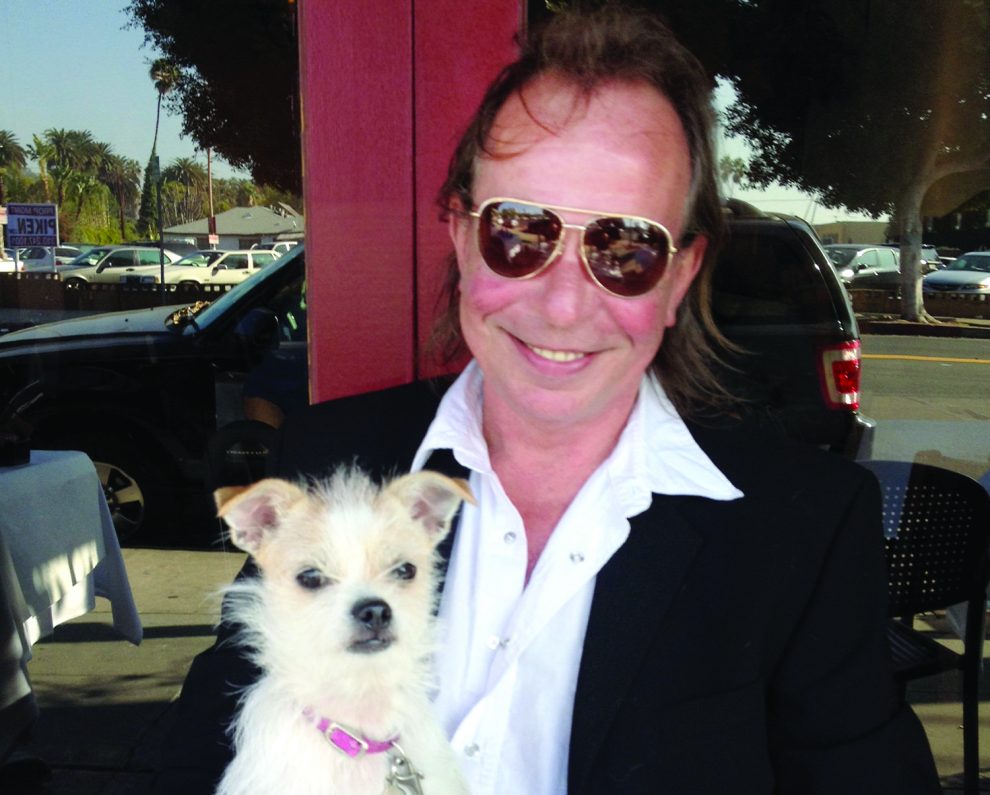 By Ken Hamilton
As sad as it may seem to most, the truth is that in many ways Mike Hudson was both a mirror and a mirror-image of the city of Niagara Falls. That’s why some liked him most of the time, and why some hated him all of the time.
This upcoming Saturday marks the first anniversary of his death.  Though he and his body are gone from this place, his, and our legacies, remain; and both remain remarkably the same as they were before he arrived.
In the 1990s, Mike came as a reporter for the Niagara Gazette. I was then doing the Voices of the People radio broadcast on WJJL-1440AM and decided to introduce him to my audience.  He sat across from me in the tiny Main Street studio booth at 9:30 on a Saturday morning, separated only by a Dutch wall and the ledge upon which the then-antiquated control panel was sitting.  His haggard appearance indicated that he had either been up all night drinking, or that he had slept in the clothes that he had worn the previous day, or both.  I had read some of his impressive stories and had surmised that there was no way that such clarity of thought could ever have flowed from the mind of the man who then sat across from me, but his bloodshot eyes would prove to beguile his brilliance and attentiveness.
I launched right into the interview, welcoming him to what I thought to be my sleepy but well-visited little hometown.
I said to him, “You must hate coming from New York and Cleveland to a place like Niagara Falls, where there isn’t much news?”  Mike had draped his chin upon his chest, and I wasn’t sure if he had fallen asleep or not, or if he had just been distracted by something crawling on the floor, or if something that had parked itself upon the lap of his ruffled slacks.  A few moments passed before his head rose up like a rainbow after the storm, and the redness of his bluish and tired-looking eyes had began to glow with an almost adolescent look of joie de vivre; the same warm look of happiness that I often saw upon the faces of drunken shipmates when they awakened to find that they had arrived safely back to the ship, and were not too seriously injured.  Mike grinned and then belched out words that would soon cause me needing to change the interpretation of long-held views of which even I had been a part, both elsewhere and here at home; and I would suddenly realize that home wasn’t as sleepy as I had once thought.
“You’re wroooongh, Kenny,” Mike growled out with exaggerating emphasis.  “There’s lllllahwwwts of newsh in Niagara Falls. Lahwwwts of newsh.”
Remarkably, Mike was right!  But in order to understand Mike and other people like him, one must use both sides of their brain, as I had to do that morning.  I found him to be offensive, and then enlightening, as if he had just taken a slowly developing photograph of my thoughts by using an overly-bright flash.  I then had to set aside my feelings about him and began to absorb the truth in what he was saying.  As thus, I came to appreciate the astute observer of people and brilliant writer that he truly was.  While the words were his, I felt as though I had stood in front of some mystic mirror and taken that photograph myself; seeing me, the past and future in the photo and mirror with remarkable and singular resonating clarity.  There was, and is still, lots of news in Niagara Falls.
But the very essence of the news is mostly bad by nature.  It’s that way because, by definition, the ‘news’ is about the new and/or unusual occurrence of events.  The problem in our small and seemingly anesthetized town is that we had become so jaded and complacent with so many bad things happening around us that they just weren’t news anymore; it was just normal.  An outsider can see those things that have blinded us for so long. That’s why I cringe upon people running for public office listing as an attribute that they have been in the city all their lives.  It suggests their part in making the city what it is today.  Mike, an outsider, would actually tell us that our metaphorical baby was uglier than most babies elsewhere, and it would offend us, even though true. We wanted to hear how well dressed it was while hanging our hopes on the few beautiful things that were in the buggy with it.
As the waterfalls at Niagara are a natural wonder, many people have to also wonder about the necessary nature of people like Mike in our world.  As sad as it may seem, he was the embodiment of the city itself: at times duplicitous and on one side in one circumstance, and then on the other side at other times.
We’re like that too; loving our city at times and then hating it at other times.  We ‘are’ our city.  We really need to give what Mike did for us some serious consideration; for if we really loved ourselves — our city, as much as we often claim, then would we really be like we are today?  And if we hated Mike in the way that some folks say that they did, why are things still much the same after he left as they were long before he thankfully came and made us take a good look at ourselves?  After all, things were much better when Mike Hudson was here and taking photos of us with his brilliantly illuminating flowing and often caustic words; weren’t we?