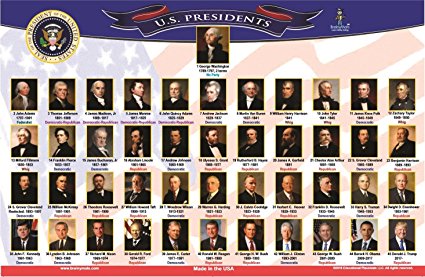 Coming to the Black Box Theatre this November, 45 Plays for 45 Presidents is an irreverent comical insight into the lives of every POTUS, produced through forty-five vignettes featuring each President and his wives, mistresses, political opponents, and others.

In 2004 the Neo-Futurists released 43 Plays for 43 Presidents. Since then in order to stay current the play has undergone many rewrites and iterations. Prior to the 2016 election the play featured an ending in which the audience voted for the next Commander in Chief. For all of the satirical comedy highlighting absurdly true facts and quotes from each POTUS, there are also very poignant moments as well, regarding controversies, assassinations and other incidents.

Director Lindsay Brandon Hunter, PhD. is excited to take on this challenging production. “It might be madness, but it’s also a lot of fun. The ensemble who devised 45 Presidents, the Neo-Futurists, are a group of exceptionally nimble and courageous theater-makers, and they’ve crafted a show that demands those qualities from its performers. The ensemble has a sort of make-it-work aesthetic that’s evident in the script–this is a piece of performance that’s about attempting the impossible and having a really good time in the process.”

This fall, UB will play host to one of the creators of this production, Dr. Chloe Johnston of Lake Forest College, who is part of the Chicago Neo-Futurists ensemble: a collective of performers, directors, and writers. The group maintains a mission of producing works that “fuse sport, poetry and living-newspaper” through non-illusory interactive performances. Hunter seeks to maintain this particular style in the upcoming performance.  According to Hunter, “The actors won’t be playing characters so much as illustrating the presidencies, using everything from traditional dialog to celebrity roasts to musical numbers.  Audiences should expect a whirlwind of styles and forms, and some very talented performers who play dozens of different parts in the course of the evening.“

“What the presidency means, how it functions, what the populace thinks of it–all of this is under fierce debate right now,” added Hunter. “We’re in the midst of unprecedented turmoil when it comes to the relationship between the office and the people. I hope that taking a look–even one that’s often irreverent–at the history of the presidency offers a chance to think through the beliefs and expectations we hold both for the office and for the nation itself:  who we are, who we want to be.”

UB Center for the Arts