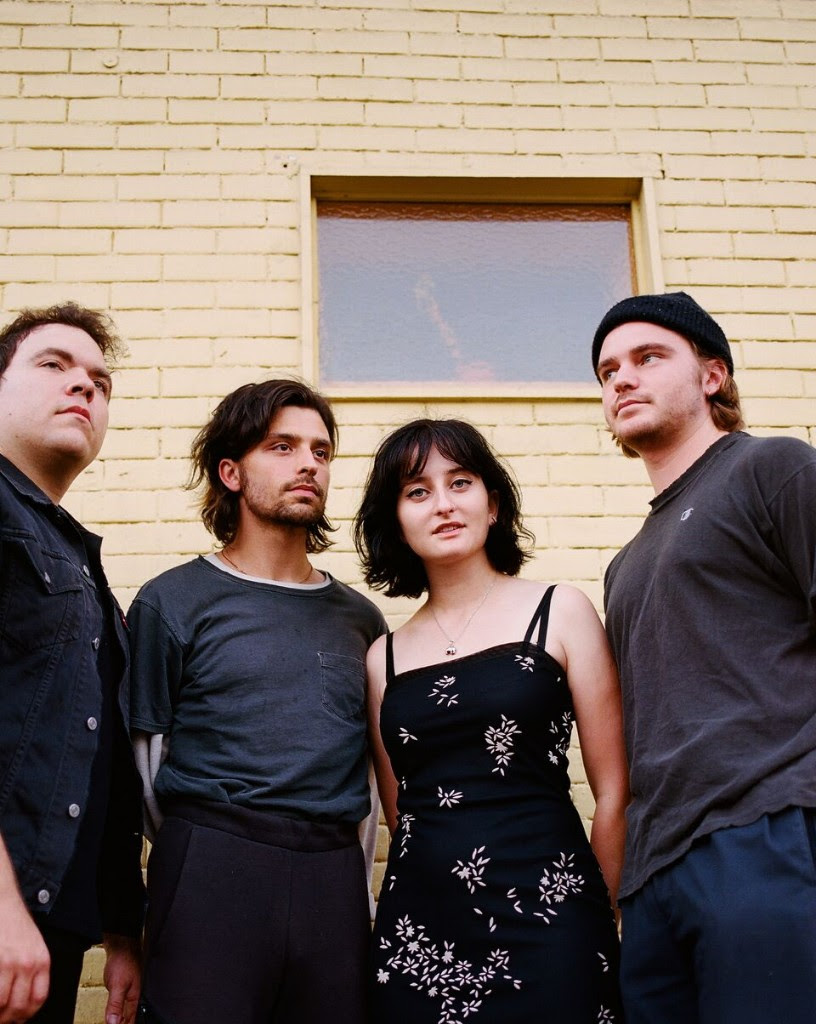 LISTEN & SHARE: Kills Birds – “Worthy Girl”
SoundCloud | Spotify | YouTube
“Hot As F*ck”
– Kim Gordon
Nylon has shared the debut single from Kills Birds entitled “Worthy Girl”, produced by Justin Raisen (Kim Gordon, Sky Ferriera, Charlie XCX). The song was also given a seal of approval from Sonic Youth/Body/Head’s Kim Gordon after Justin played her a cut of the song. The band will have more releases in the upcoming months so stay tuned.
Formed in Los Angeles, Kills Birds began as a secret project between Nina Ljeti (vocals) and Jacob Loeb (guitar). Though initially there was never an intention to release music, the band started performing live in with Fielder Thomas on bass and Bosh Rothman on drums. The band recorded their first LP with Justin Raisen in 2018, over the course of eight hours.

Nina on Kills Birds –
“Kills Birds started because Jacob (guitarist) and I wanted an outlet from all the frustrations we were feeling as artists in Los Angeles. It was just something we did together organically — we’d meet up at each other’s apartments and write these funny songs that felt like little secrets. Getting Bosh and Fielder on board came out of a desire to just hear our music our loud. Everything else came after that.” – Nina Ljeti.

Justin Raisen & Kills Birds –
How Justin Raisen & Kills Birds came to meet: “I went to see Lawrence Rothman perform at the Highland Park Masonic temple & Kills Birds was opening the show. The moment I heard their music I was like a magnet to the stage’s front. I looked up at Nina mesmerized by her absence. She wasn’t with me. She had gone somewhere else outside of herself. I rarely see that anymore…artist’s truly losing themselves. It was refreshing. Behind her and on either side Jacob (gtr), Fielder (bass), & bosh (drummer) smashed together in a frenetic syncopation of sneering starts & stops. I knew then I wanted to work with this band…I spoke with Nina after the show & we exchanged phone numbers. It felt like I just traded numbers with Kurt Cobain or something. After some thought, I proposed to the band recording a whole LP live in my studio behind my house (one room, no isolation) & added it was the only way I was interested in doing it. A few months later this took place. Drums, Bass, Gtr, & Vocals bleeding into each other in 1 ROOM all together was the only way i felt I could try to recapture what I experienced while seeing them live. For me, it was the only way.”  Justin Raisen  https://en.wikipedia.org/wiki/Justin_Raisen