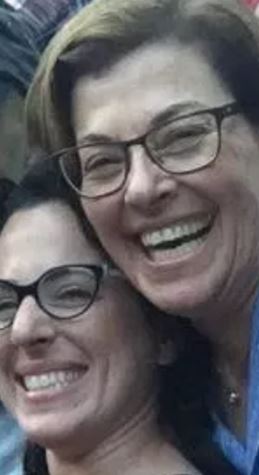 Nancy Salzman and the DOJ have come to an agreement on the production of forensic copies of devices seized at her home to the other defendants in the case.

Acting in unison, a proposed stipulation and order has been signed by counsel for Salzman and the government, where they jointly “…respectfully move for an order…permitting the government…to disclose potentially privileged material to the defendants.”

Salzman’s attorneys had previously objected to the release of forensic copies of electronic devices seized at her home if they contained potential attorney-client privilege data.

Salzman’s attorneys also wanted the Government to segregate files to prevent production to defendants that did not relate to charges against that particular defendant to protect Salzman’s rights of privacy.

The stipulation provides that the Government can produce potentially privileged documents to the other defendants and not be concerned whether production relates to a particular defendant’s charges or not.

The government need only identify the material on the devices is responsive to the search warrants and produce the material to counsel for all defendants.

The proposed order reads in part:

WHEREAS, the government seeks to produce to all defendants in this litigation (the “Defendants”) forensic copies of certain electronic devices obtained by the government pursuant to a court-authorized search of the residence of the defendant Nancy Salzman (the “Oregon Trail Devices”), some of which may contain personally sensitive information and which may contain information protected by the attorney-client privilege or work-product doctrine (the “Potentially Privileged Materials”)….

IT IS HEREBY STIPULATED AND AGREED by the undersigned attorneys
and ORDERED by the Court that:

1. The government will provide the forensic copies of the Oregon Trail Devices to counsel for the Defendants…..

3. … the production of the Oregon Trail Forensic Copies, including the Potentially Privileged  Materials, to the Defendants does not waive Nancy Salzman’s rights under the attorney client privilege, work product doctrine, or any other applicable privilege….

This may be the first of several agreements Salzman and the government will reach – including a plea bargain and Nancy’s agreement to cooperate as a witness.

With this stipulation, once approved by the judge, Salzman has made it easier for the Government to fulfill discovery obligations within the deadlines imposed by the court.

Why should Salzman do this?

By cooperating, she has aided the prosecution.

By refusing, she might have hampered the Government’s case by causing the Government to fail to meet discovery deadlines and potentially forcing them to go to trial without being able to use certain evidence.

To ask the question in NXIVM-speak: What does it mean if the Prefect of a certain organization, who is charged with certain crimes, as is her Vanguard, and other key members of that organization – chooses to aid the prosecution by making their work easier?

Said another way: Nancy has flipped.

No mention of NXIVM reported in Gillibrand’s 30 minute debate; Gillibrand announces she will not run for president in 2020
Guest View: Vanguard not responsible for ‘suicides’ of Gina Hutchinson and Kristin Snyder