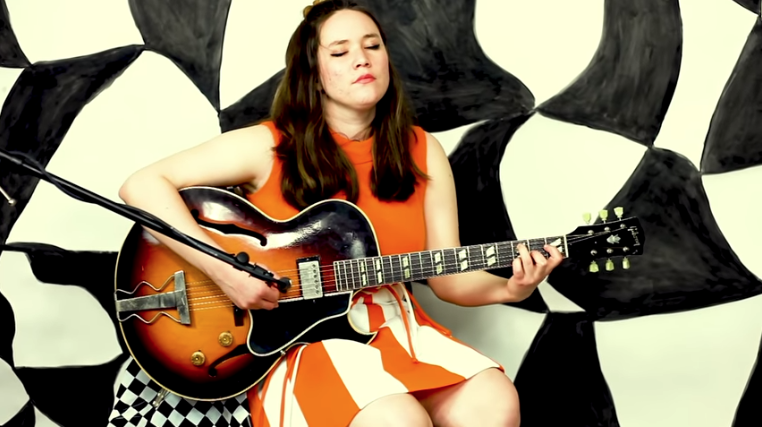 Wendy Eisenberg is a guitarist, banjo player, songwriter, composer, and improviser currently living in Western Massachusetts, and working primarily in Boston and New York City. She has written and performed in numerous projects, including the critically acclaimed experimental band Birthing Hips, described by NPR as “brainy, noisy punk based in sonic adventure, technical mastery, and rejection of the status quo.”

Wendy has provided soundtrack work for the scientific projects of MIT Media Lab fellow and scientist-artist Ani Liu. Her poetry has been set into twolarge scale works by Matt Curlee, premiered at the Eastman School of Music in 2014 and one awaiting its premier featuring percussionist Michael Burritt. In addition to her performing career, she is an avid writer and theorist. Her writings on music can be found in John Zorn’s Arcana VIII: Musicians on Music, and in the forthcoming edition of The Contemporary Music Review, a double issue on Improvisation and Inclusion.

“Guitarist Wendy Eisenberg is a virtuoso, a master of the six-string. She fluctuates wildly between barbed-wire feedback wreckage- sorta like the sensation of pressing buttons on a remote control or keys on a keyboard when the machine isn’t working and you desperately need it to- and sleek scale plummets and climbs that may or may not pay homage to classical records.” – Post-Trash (Joe Gutierrez)

“Wendy Eisenberg’s guitar takes on many forms, proving that she is in full control of her instrument – at times Sun City Girls, sometimes Slayer, other times Sonny Sharrock” – NNA Tapes

UB Faculty Member Roland E. Martin to Perform His Own Music and One Of The Large Organ Masses by Couperin
Stephane Wrembel Band at Sportsmen’s Tavern on Sat, Nov 10th