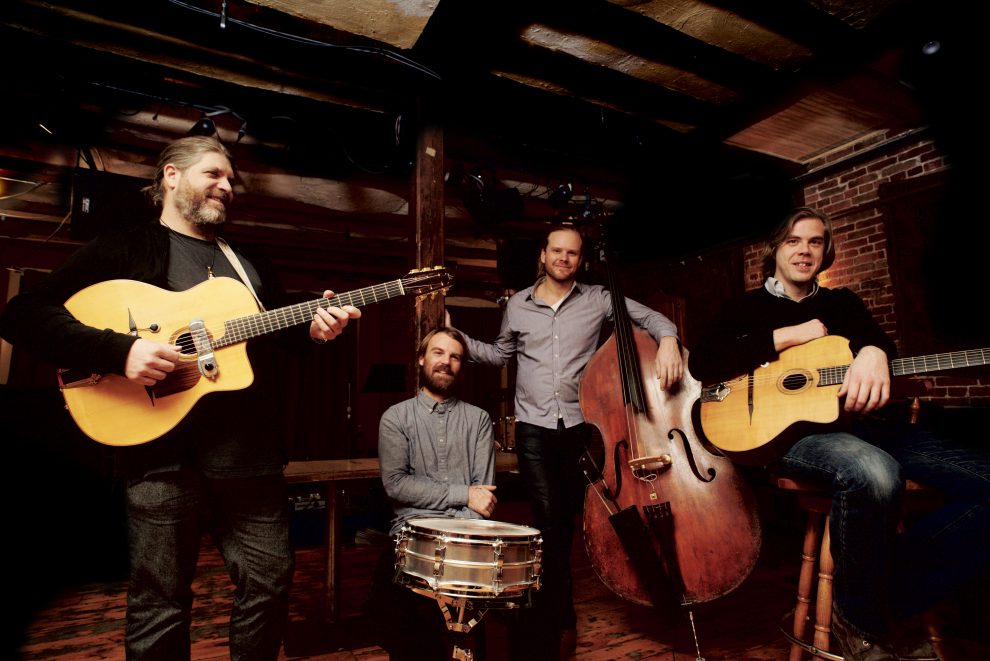 New York, NY – Award-winning guitarist STEPHANE WREMBEL, specialized in the Django Reinhardt style, will perform with his band at Sportsmen’s Tavern, 326 Amherst St., Buffalo, on Saturday, November 10th at 9:00 p.m. This event is open to patrons 21 and over. Tickets are $20.00 in advance and $22.00 at the door. For more information call 716-874-7734 or visitsportsmensbuffalo.com.
Wrembel’s band includes long-time collaborators Thor Jensen (guitar), Ari Folman- Cohen (bass), and Nick Anderson (drums).
Wrembel is touring in support of The Django Experiment III, which was released on January 23rd to commemorate the 108th anniversary of the birth of Reinhardt, who is widely considered one of the greatest musicians of the twentieth century. The Django Experiment III was the follow up to Wrembel’s highly-acclaimed The Django Experiment I and The Django Experiment II, which were released in March of 2017 in conjunction with the Wrembel-produced Django A Gogo at Carnegie Hall in New York City.  In addition to 3 songs composed by Django Reinhardt, the 9 songs include compositions by Joseph Reinardt, Titi Winterstein, Georges Ulmer, Tony Murena and 2 traditional songs.  In advance of the CD release show, New York Times said, “Perhaps the most creative improviser in Gypsy jazz today, Mr. Wrembel plays the guitar with a rich and colorful lyricism.”
Wrembel is most known for his Grammy Award winning composition “Bistro Fada,” the theme song from the 2011 Woody Allen Oscar Award-winning movie, “Midnight In Paris” (2012 Grammy Award winner for best soundtrack).  Subsequently, Wrembel was hand-selected by award winning composer/producer Hans Zimmer to perform at the 2012 Academy Awards® as part of his “All Star Band.”  Wrembel has contributed music to two other Allen films, commercials, and TV and has both a Clio Award and Grammy Award under his belt.
Wrembel is also in the early stages of producing a series of Django A Gogo festivals in select markets on the East Coast in the spring of 2019, including April 24th-26th in Maplewood, N.J., and April 27th at the Town Hall in New York CIty.
For more information:
www.stephanewrembel.com