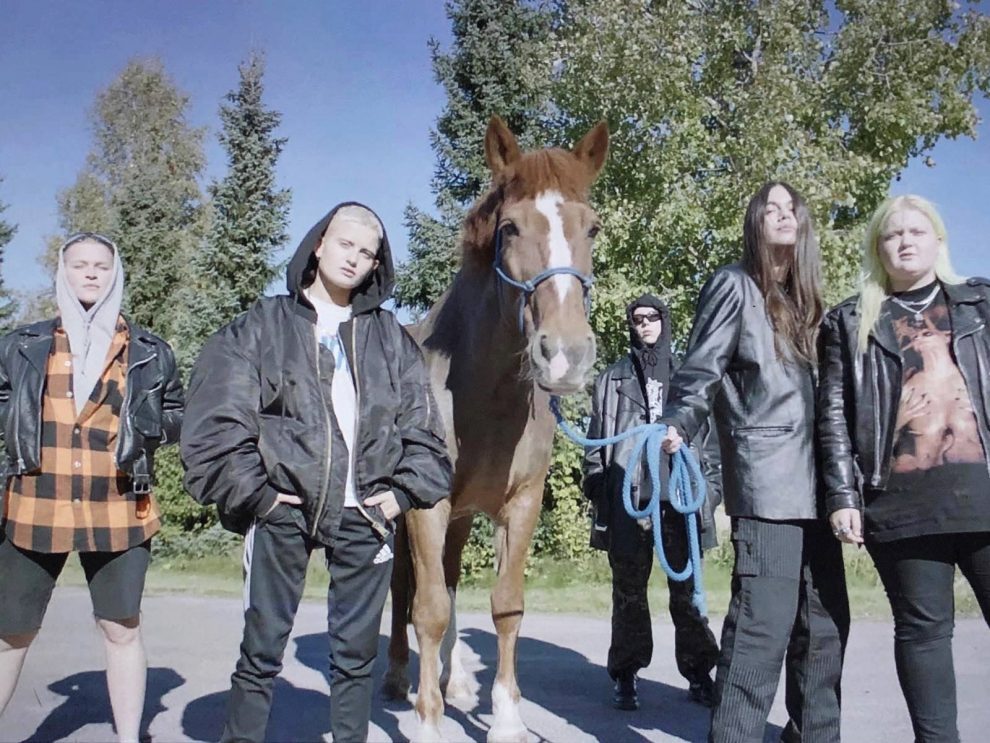 Finnish pop powerhouse ALMA reveals the striking visual for “Cowboy”, the first single taken from her highly anticipated debut album set for release in 2019.  Shot in her native Finland and directed by celebrated Finish director Miikka Lommi, the video premiered earlier today on The FADER it is available to watch HERE.  Listen to Cowboy HERE.

“I wanted the video to look like a homemade movie.” Says ALMA, “Everything you see is real. Finland and Finnish culture is front and centre. The cast is all my friends. We were shooting for 3 days and those days were some of the best of my career so far. I think I speak for everyone when I say It didn’t feel like we were working at all. More like shooting a fun documentary of our lives.”

“Cowboy” is the first single to be written by ALMA between Helsinki and LA alongside heavyweights Justin Tranter (Gwen Stefani, Justin Bieber), Sarah Hudson (Nicki Minaj, Ariana Grande, Halsey) and BloodPop (HAIM, Grimes) who also produced the track, and reveals ALMA’s unique voice as a writer; honest, brave and fresh.

Following her critically acclaimed EP “Dye My Hair” with platinum single “Chasing Highs”,smash track “Phases” FT French Montana (including an exclusive Charli XCX directed video) and her 2018 mixtape “Heavy Rules”; ALMA has garnered over 350 million combined Spotify plays and topped iTunes charts around the world.  Undeniably one to watch, ALMA recently landed on the prestigious BBC Music Sound of 2018, received the award for “Best Finnish Act” at the MTV EMA awards, and was named an “Artist To Watch” by VEVO DSCVR. Momentum continues to build as she leads the charge of a new generation of fierce, female pop geniuses who are swiftly taking over the industry.

You can’t fix yourself by breaking someone else
Nov 30th : The Wedding Funeral in Buffalo, NY