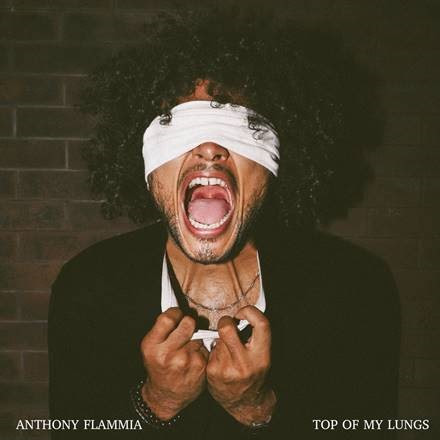 Get it HERE via Sounds Music Group/Republic Records.

Elevated to hypnotic heights by his impressive falsetto and inimitable looping, the song showcases the artist’s soul, spirit, and shine. It boldly braves the boundaries between R&B, hip-hop, funk, and pop, introducing his signature style to a mainstream audience. He’s also gearing up to premiere the music video for “Top Of My Lungs” imminently!

It’s just one side of this dynamic talent though. Stay tuned for news on the arrival of his major label debut very soon.

An inimitable musical talent, Anthony Flammia quietly rose out of his native Yonkers with a spirited sound of his own steeped in R&B and hip-hop tradition, yet brazen enough to break new ground. His 2015 projectThe Looper made waves as he ignited a flurry of social media attention for his loops on various platforms and his ability to play piano, bass guitar and drums. It also ignited his first viral smash “So Real,” which caught the attention of Sounds Music Group who signed him as its flagship act. Now, he’s ready to flip the game upside down.