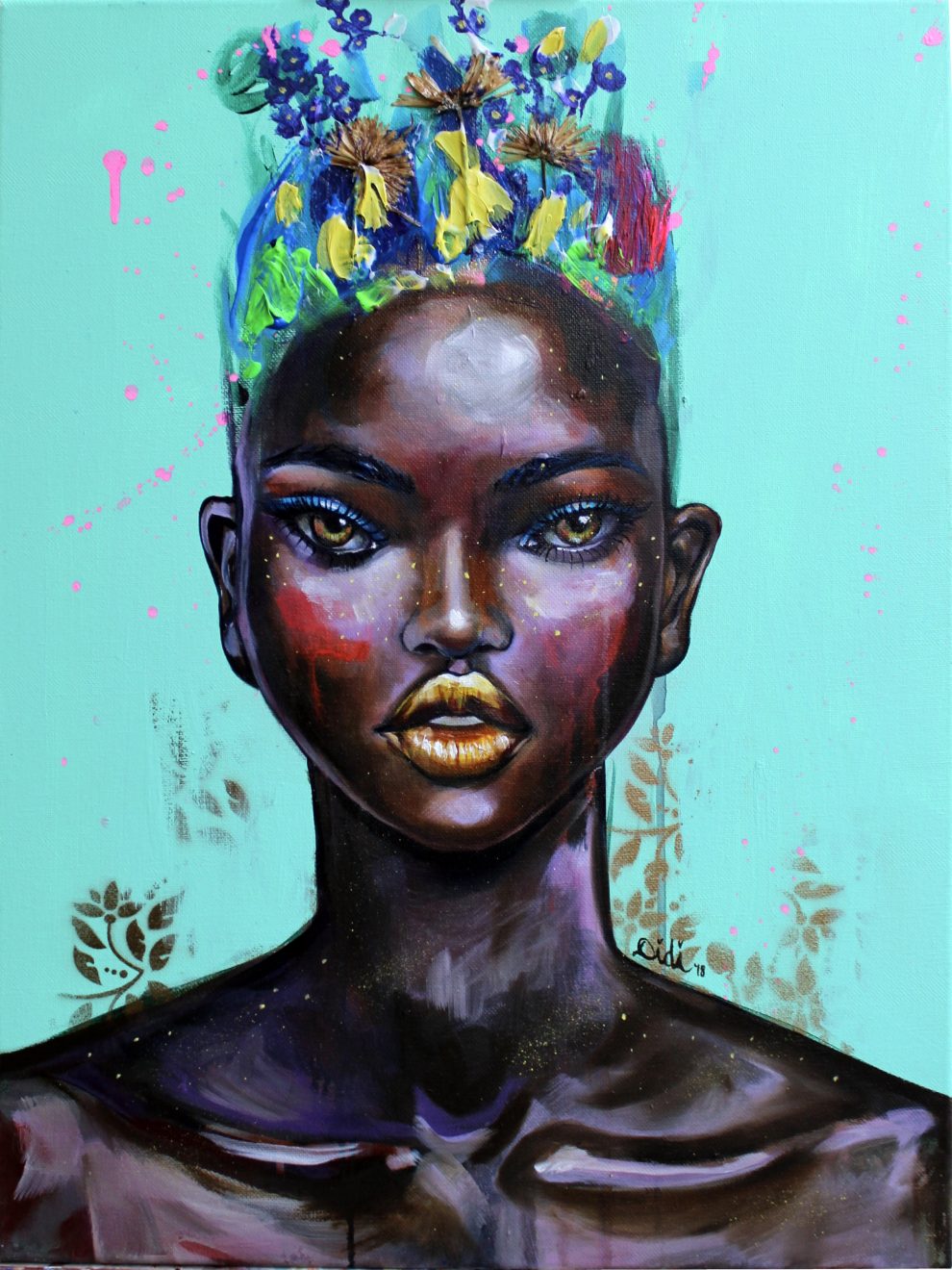 Miami, FL  (October 26h, 2018) — Prolific urban artist Diana Contreras will exhibit her work for the first time at Superfine! DC October 31-November 4, 2018 in Washington, DC at Union Market. Superfine! The Fair has emerged over the years as an alternative to typical “big box” art fairs – a transparent, approachable environment for buying and selling art that maintains some of the highest curatorial standards in the industry.

Contreras’s work is most recognizable by the whimsical feminine features of the women who act as the focal point of her pieces. “I think about the female perspective for all of my work; the female is always the subject,” said Contreras. “My art is therapeutic so however I feel comes through in the artwork.” The female icons in Contreras’s work reflect this, always exuding confidence and a wide range of emotions, anywhere from joyful and carefree to fearful and perplexed. Contreras’s blends her mural technique into her fine artwork, combining spray paint with the blending capabilities of oil.  She enjoys experimenting with everything from canvas and walls to stickers and shoes. Her distinct style emerges from her love of classical techniques infused with her passion for illustrations and street murals

The strong female perspective in Contreras’s work is comparable to Contreras’s identity as a prolific female artist in the Miami street art scene. Before being commissioned to create the mural for Miami’s Wynwood Arts District in 2011, Contreras had never used spray paint or been involved in the street art scene. Since then, her work has graced several walls and buildings in Florida and New York, and galleries, exhibitions and collections in several parts of the world.

Contreras attendance at the Superfine! New York show was the driving factor behind her decision to exhibit in DC. “It’s not stuffy at all and more relatable,” said Contreras. “It’s a young show, its affordable and exciting art.” For Superfine! DC, Contreras will be exhibiting a new body of work, which she says symbolizes her growth as an artist over the past few years.