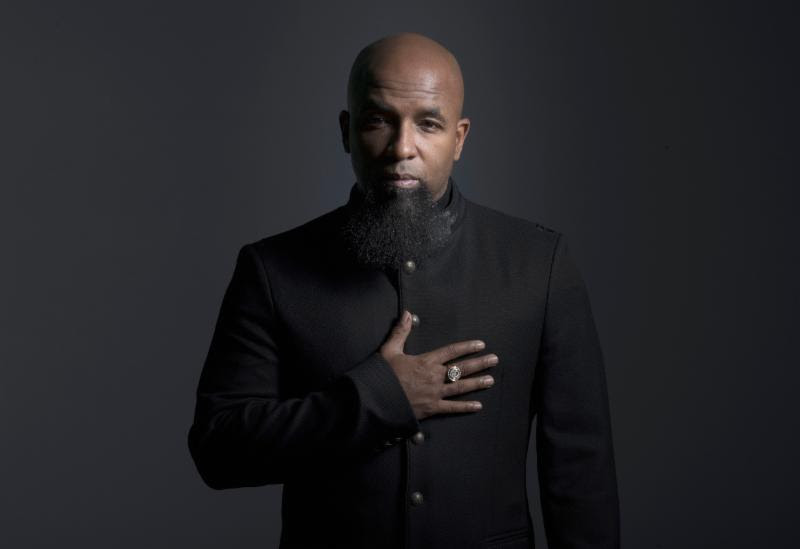 (Los Angeles, CA) In anticipation of Halloween, Tech N9ne is releasing his visually arresting Brightfall short film at 9 pm EST/6 pm PST on StrangeMusicInc.com today. The first of a five-part series, the 8-minute movie is inspired by the song “Brightfall,” which appears on Tech N9ne’s 2018 album, Planet.
Starring Tech N9ne, rap personality Sway Calloway, and horror composer-actor Joseph Bishara (The Conjuring, Insidious, Annabelle), Brightfall shows the Kansas City rapper grappling with demons and the black ooze that has become a recurring fixture on some of his album covers and visuals since his critically acclaimed 2009 project K.O.D.
“This is actually when the fight starts,” Tech N9ne says of the Brightfall storyline. “I first saw it in its early stages in night service at church with my mom when I was 5 years old. Now it is all grown up like me and still following me. This is not fictional, I saw it! Now you get to see the description of my darkness through this short film. Back stories will follow”
Brightfall falls on the birthday of Tech N9ne’s late mother, Maude Sue Yates-Kalifah, who passed away in 2014 from complications of her lupus disease. “Happy birthday mama! I will kill this thing that I think cursed you throughout your Angelic, yet turbulent and sickly life. I love you!”
Brightfall is available at StrangeMusicInc.com as a $2.99 download. On Monday October 29, Brightfall will be available for purchase on Amazon.com at the same price point.
A dream team of horror filmmakers made Brightfall. Directed by Dale “Rage” Resteghini (O.T. Genasis, Guns N’ Roses, Yo Gotti), the film was written by David J. Schow (The Crow, The Texas Chainsaw Massacre: The Beginning) and was produced by Sean E. DeMott (The Devil’s Carnival, American Satan) and Lorenzo Antonucci (American Satan). The film was executive produced by Travis O’Guin and Strange Films producers Dave Weiner and Kerry Rounds.
Hotnewhiphop says that Planet is “full of deeply personal and introspective lyrics.” The album is the latest in the groundbreaking career of Tech N9ne, the most successful independent artist in rap history.
Watch the trailer for Brightfall HERE.