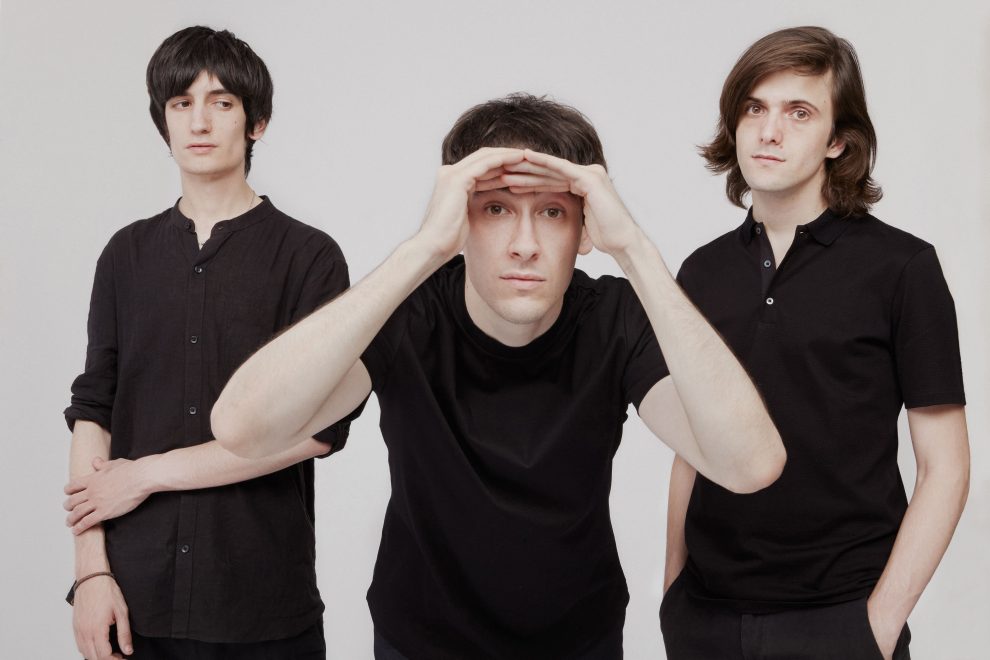 October 26th, 2018 — Today, London-based trio Husky Loops have released the raucous new EP, Spool. This marks their first effort after signing to super-producer Danger Mouse’s record label 30th Century Records.  Earlier this week, we teamed up with FLAUNT to share the animated music video for single, “Everytime I Run,” which received inclusion on the massive FIFA 19 Soundtrack. Noted for their high-energy and infectious songwriting, 2018 is proving to be a seminal year for the Italian-born, UK art rockers.
?????

CHECK OUT THE MUSIC VIDEO TO “EVERYTIME I RUN” 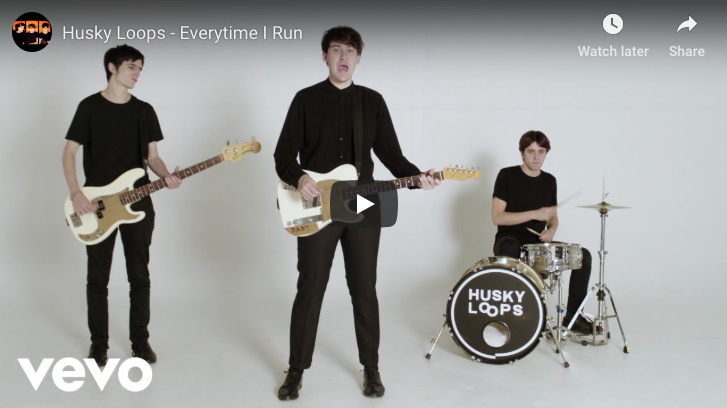 Repetition. Grooves. Loops. These, says Husky Loops singer, guitarist and all round main man Danio Forni, are the foundations on which his band are built. “We can be intimate, or aggressive, and we play with polar opposites and contrasts. A lot of people still associate us with alternative rock bands, but really our biggest influence is repetitive and personal songwriting. If I could name the genre we fit into, it would be Constant Reinvention. Which is extremely pretentious, but it’s what I want to do.”

The band has just signed the deal of their dreams with Danger Mouse’s 30th Century Records. The perfect home, the band is overjoyed as it affirmed what they’ve been striving to achieve. And with word spreading to the US, with the hugely respected Earmilk nailing the Husky Loops proposition, stating “they effortlessly weave together glitchy trip-hop backbeats with crushing guitars and skyrocketing vocals that channel British legends like Damon Albarn and Massive Attack,” and Annie Mac at BBC Radio 1 in the UK tossed in her support behind them. The next step is new EP, ‘Spool’ (the opposite, you’ll note, of ‘loops’).

On it are four perfectly crafted indie-pop tunes, each with a story to tell. Opener ‘20 Blanks’ is a deeply funky thing, written by Forni and his friend MEI. On the surface, it’s “a joyful protest against the music industry”, aimed at “A&Rs who come to your shows and don’t dance because they think they’re cooler than you, which is funny”.But there’s a deeper meaning too. “Twenty is a recurring number in the music. Talk to labels and they say, ‘when you sign you need 20 songs ready for the album’ or ‘give me 20 singles’. So ‘20 Blanks’ represents the lack of meaning when people ask you to write 20 pop songs. Labels want 20 songs they can sell, they don’t care if they mean something. It could be called 20 Useless Pop Songs.”

The darkness of ‘Love You Wrong’ follows, produced by pop alchemist and one of the most exciting new producers around Fred Gibson (Charlie XCX, Plan B, Raye). It is, says Forni, “about a one night stand.” He elaborates: “I woke up in the middle of the night and just started tripping. I wasn’t on drugs, I just started seeing things, and I came up with the concept of loving someone wrong, which I found interesting. I was thinking about how we’d never work as a couple, and how it was love in the wrong way. Going from ‘20 Blanks’ to ‘Love You Wrong’ is the kind of classic move we would always do. To go from a positive song to a dark song, and surprise people. Expect the unexpected.”

Unexpected like, for example, the rappers MEI and Count Counsellor featuring on ‘Everytime I Run’, which is already distracting people on the FIFA 19 soundtrack. “That’s brilliant,” says Forni. “We need our music to reach as many people as possible. Music is about making people feel fresh and different, and I need big crowds to do that. This song talks about how we all feel misunderstood, and often fail to express basic feelings like love and fear, and how we find it hard to say things we really mean, and just leave them in our heads. It’s a positive song. It encourages you to break free. I was trying to write my rock version of Chariots of Fire. It’s inspired by hip-hop, which is why it’s got the rappers. In MEI’s part, she’s saying that even if you’re down or worried, stand up again, run again, keep fighting.”

That fighting mentality features, too, on the final track ‘Good As Gold’. “I wrote it in the van while we were touring with Placebo,” says Forni. “It’s about being an immigrant and looking for gold, but I’m not entirely sure what the meaning is. I’m really into John Lennon, and the abstract side of him really kicked in when I was 15. Songs like ‘I Am The Walrus’ play with so many different images and still inspire people even though they’re not about one thing. That’s what I try and do. Everyone can interpret the song as they want, and there are a lot of hidden meanings. Or it’s just a story about some guy showing up in a different country, and looking for gold.”

A guy just like Forni, who’s about to strike it lucky. 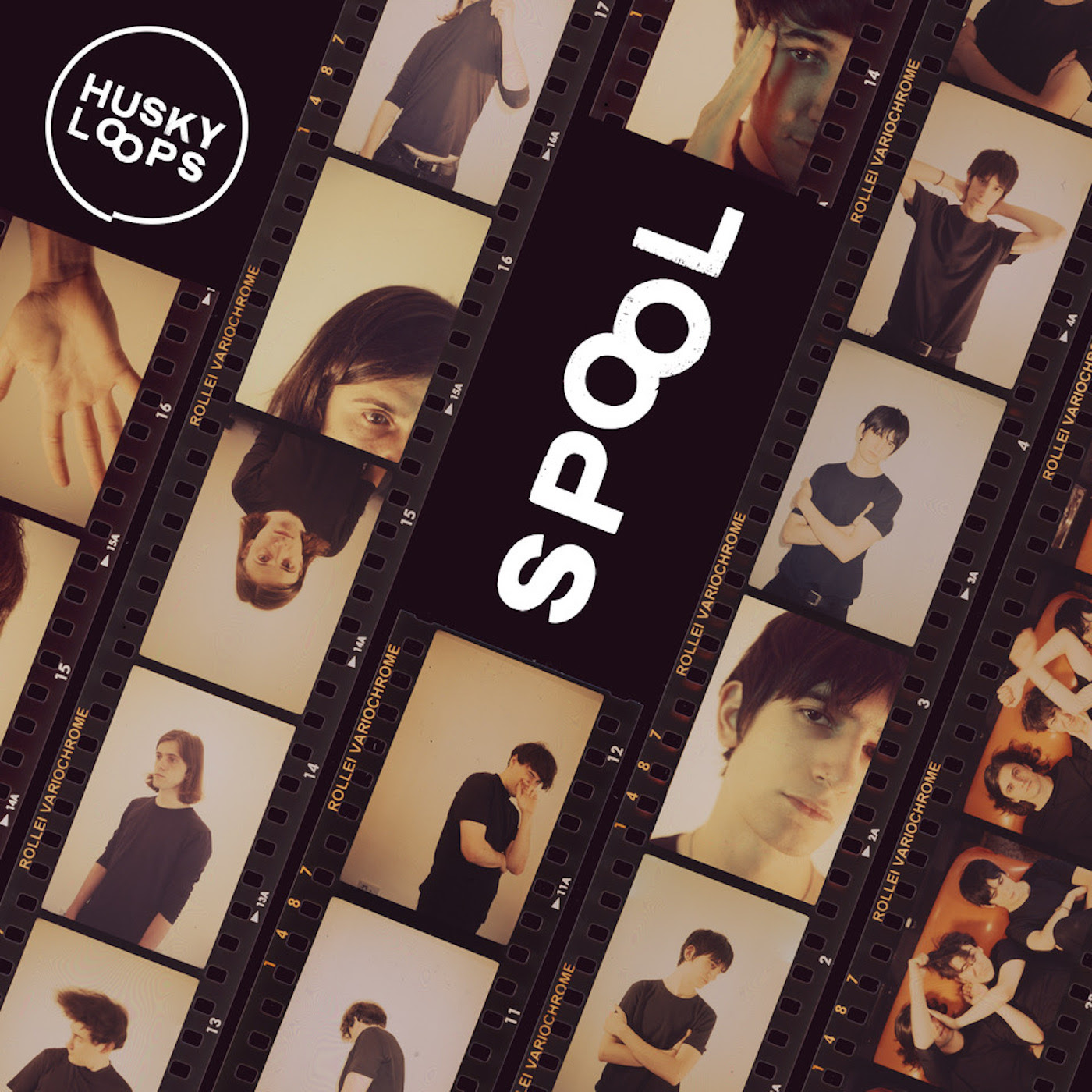 HUSKY LOOPS IN THE PRESS…