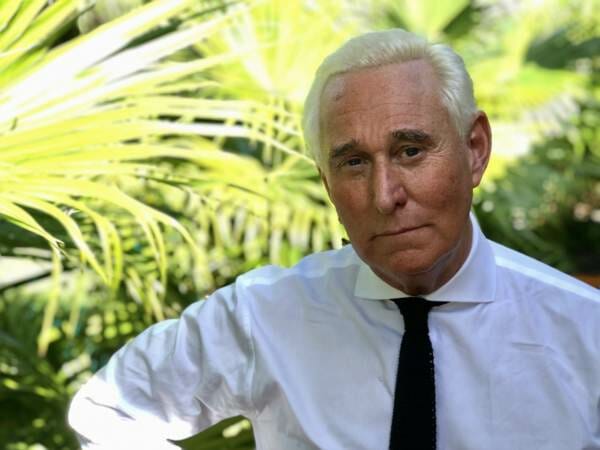 It’s a shame to see NBC act as a willing dupe for illegal leakers in the office of the Special Counsel. Still, their most recent report must be rebutted, because it takes things out of context and failed to include my categorical “on-the-record” denial of any inference that I received any heads-up from Dr. Jerome Corsi – nd specifically that John Podesta’s emails had been acquired and would be published by Wikileaks. I don’t know that Dr. Corsi has testified to the contrary.

The report by NBC appears to contradict everything that Corsi has now contradicted, everything he has written in numerous columns, and said previously in interviews. It is important to know, however, that Corsi has denied any contact with Julian Assange and Wikileaks.

To be clear, Dr. Corsi has been a good friend. He is an extraordinary writer and researcher. He helped me enormously with my books, being a more experienced writer and New York Times best seller (as am I). He is a fine drinking companion, except when he has had too many. More recently, he has been absorbed in the world of QAnon and 4Chan. A deep world of conspiracy theories and extremists who say, among other things, that I am both a stooge for the Mossad and a longtime CIA operative.

To be absolutely clear, I was never told anything about John Podesta’s emails being boosted by Dr. Corsi or anyone else, nor did he or anyone else pass on any stolen emails. It is important to understand the context of what transpired.

Paul Manafort, the Chairman of the Trump campaign, was under fire for stories pushed hard by the Clinton operatives regarding his work for a Ukrainian political party. On August 14th, 2016, Peter Schweizer, writing for Breitbart News, reported that Tony Podesta also represented the same Ukrainian political party as Manafort and had been highly compensated for it.

It was Dr. Corsi who pointed out this story to me and mentioned that the Podesta brothers’ Russian business dealings – clear links to Putin – could be found in the publicly available Panama Papers which were published in April of 2016. It’s all there – Gas, Banking, Uranium, and more. I asked Corsi to do a bullet pointed memo on the Podesta’s business dealing he had just told me about, which I received on August 31st, 2016.

It is this, not any knowledge that somebody had John Podesta’s emails on which I based my now iconic Tweet regarding “THE” Podesta’s time in the barrel.

It’s incredible how virtually every major media organization edits out the word THE when reporting the content of the tweet because it quite obviously refers to TWO people – John AND Tony Podesta. In the last week, NBC, CNN and Chris Mathews have all purposely truncated my now iconic tweet bastardizing it to imply that it pertains to John Podestas’ emails. NBC did it yesterday. The Washington Post did it last Friday, until I demanded a correction.

Even the final report of the House Intelligence Committee misquotes me, requiring my attorneys to contact the committee staff with the official documents to demonstrate that the word ‘THE” is present.  I concede now that the apostrophe needed to be after the letter “S” not before it, to mean the plural possessive, (as in the Clintons’ War on Women), I’m not an English teacher but my meaning is clear.

Any insinuation that my testimony before the House Intelligence Committee was false, such as the partisan claim of congressional immunity protecting members of Congress who have defamed me, are incorrect.  My testimony was accurate and truthful.

The FBI general counsel now admits that, under Obama, the agency was using human assets (spies) to infiltrate the Trump campaign, most likely including Henry Greenberg.  The Russian convict in the USA under an FBI approved informant visa, one of none that have been documented.  The FBI says Greenberg’s proceeds into the country, despite his conviction for a violent gun crime, and that he “serves the public interest.”

NBC reports the fact that Henry Greenberg, a Russian, approached me in May, 2016, with an offer to sell me negative information on Hillary Clinton.  The contact was so fleeting and turned down so quickly that I frankly forgot it.  Since nothing illegal or improper happened at the meeting or as a result of the meeting, what interest would I have in dissembling? Why does NBC not even mention that the “Russian” who approached me is undeniably an FBI informant.

The sudden torrent of illegal leaks that can only have come from the office of Special Counsel are cleverly worded to hint about alleged evidence, at least enough to get a headline.  Sometimes the media plays mix and match, such as the story which correctly reported a recording (radio show!), in which I said I spoke to candidate Trump often in the early days of the campaign, mixed in with a bogus report that I somehow boasted about “coordinating with Wikileaks.” Other news outlets have reported this as “a communication in which Stone and Corsi tell Trump campaign leaders they deserve credit for Wikileaks “coordination.”  I would never have said such thing, but the implication is that I somehow coordinated the timing of content of the Wikileaks dumps.  FALSE.  Yet the fake news blackbirds jump on and drag my name through the mud.

Then NBC claims some Trump campaign officials has provided them with an email in which Stone and Corsi say they deserve credit for “coordinating” with Wikileaks.  I coordinated nothing and would have said nothing of the kind.  NBC, of course, has not seen such an email.  It’s only been described to them.  I deserve credit for elevating public awareness that the Clinton material that Julian Assange told the world he would release on CNN on June of 2016 would be released.

When my NY frenemy, Randy Credico, told me emphatically that it would be in October, I realized there would be an October Surprise and said so in a speech.  Credico, a supporter of Bernie Sanders, who hated the Clintons because of the 1994 crime bill, was emphatic – over a 50-day period – insisting that this “bombshell” was coming.  This, and only this, is the inspiration for my Tweets, which bluff and posture and punk the Democrats.  It’s called politics.  Unless they’ve passed a law against bluffing, I was engaged in tradecraft.  In fact, by October, the media widely expected some kind of revelation from Wikileaks on October 1st – a fact that almost all of them fail to remember now.

And therefore, I reiterate, I had no advance knowledge of the source, content or exact publication date of the Wikileaks disclosure of allegedly hacked emails from the DNC or the phished emails of John Podesta (who is dumb enough to respond to one of those scams and who’s password reportedly appears to have been “password”).  I received nothing, including allegedly hacked emails from the Russians, Julian Assange, Wikileaks, Jerry Corsi or anyone else.  Therefore, I passed no such material to Donald Trump or the Trump campaign or anyone else.

NBC cleverly weaves events and leaves out key details to leave a false impression.  They fail to note that my now famous 24-word exchange with the persona of Guccifer 2.0, takes place AFTER Wikileaks already published the allegedly hacked DNC material and, thus, collusion in the acquisition of the allegedly hacked material would be chronologically impossible.  Then there is the actual content of the exchange which any reasonable person can read – since I released it.  It is banal and certainly provides no evidence of collaboration, collusion or coordination.  NBC points out that this communication was cited gratuitously in the DOJ indictment of 12 GRU agents but fails to mention Rod Rosenstein’s comments to numerous press outlets.

“There is no allegation in this indictment that any American citizen committed a crime, ”- Rod Rosenstein

“Rosenstein also highlighted that Friday’s indictment does not allege that any American knowingly participated in the Russian operation.”– CNBC

NBC reports, “Stone expects to be indicted” when what I said was I thought it was entirely possible that the Special Counsel would seek to frame me in this Wikileaks nonsense or some other conjured-up offense. If that decision is made on the basis of facts and evidence, I don’t believe any such indictment will be brought. If it is decided on a political basis and involves composed testimony and illegal surveillance, the American people will see through it as a political vendetta.

How convenient that NBC fails to mention that the New York Times reported that I was under surveillance by the FBI, under the Obama administration, in 2016, long before the appointment of Robert Mueller. What was the probable cause? What kind of warrant was employed?

But NBC has no interest in reporting this.

NBC tries to set-up the idea that Randy Credico is some kind of decoy and that Jerry Corsi acquired both John Podesta’s emails and the allegedly hacked DNC emails, before passing them on to me… to send to Trump.