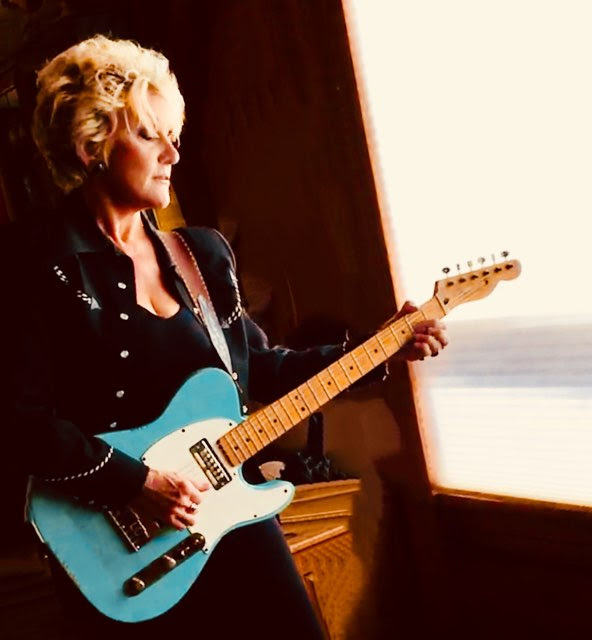 An artist, musical or otherwise can come from pretty much anywhere.
In the case of Jill Lynne Byrem, her performance roots were as a truck stop waitress who would jump on stage to sing a few songs. Then, as Lacy J Dalton her hard work and dedication paid off in 1979 when she rose to national prominence with Crazy Blue Eyes, which raced to #7 on the Billboard Country Charts. Then she topped it off by being honored as the Academy of Country Music’s Top New Female Vocalist of the Year.
When you are that good, you keep going. “These days I’m exploring the Americana side of music. It includes some great country aspects but also brings in folk, even R&B and the blues.”
So Lacy J into Americana makes sense. Back when Lacy was Jill, she was a folk singer/songwriter for over 15 years. “Then I focused on Country music and it was very good to me, but there are so many other genres that I enjoy as well, and I sort of gravitated to Americana because it allows me to express myself in a way that demonstrates all the facets of who I am as a singer/songwriter.”
Today Lacy is preparing a four song EP and has found herself in the studio with some very interesting talent. If Americana music is a blend of styles, try this for a connoisseur’s mixture. Lacy’s producer is Ira Ingber who’s past musical experiences have included playing with Bob Dylan, Bonnie Raitt, Brian Wilson and even Captain Beefheart. Bassist John Avila is a renowned musician as well as producer, composer, arranger, vocalist with artists including Neil Young, Willie Nelson and…..Oingo Boingo. Drummer Dave Raven has recorded or toured with just about anyone you can think of including Keith Richards,Norah Jones, T-bone Burnett, Steve Earle, Shelby Lynne, Lucinda Williams…the list goes on.
Lacy’s list of hit records includes the worldwide hit “Black Coffee” and her signature song “16th Avenue”, that was voted one of Country’s Top 100 Songs of all time by Billboard Magazine. And then you can’t forget “Hard Times”, “Crazy Blue Eyes”, “Hillbilly Girl with the Blues”, or “Takin’ It Easy”.
Besides her instantly recognizable charted hit songs there are her notable duets recorded with George Jones, Bobby Bare, Glen Campbell, Eddie Rabbit, David Allen Coe and many others. “Slow Movin’ Outlaw” was Lacy’s collaboration with Willie Nelson on his “Half Nelson” CD which was a high spot for her. Lacy was the only woman featured on that recording (which included singing legends Ray Charles, Neil Diamond, Merle Haggard, Julio Iglesias, George Jones, Leon Russell, Carlos Santana, Mel Tillis, Hank Williams Sr., and Neil Young).
In addition to her Top New Female Vocalist award in 1979, she also brought home numerous Grammy nominations and 3 prestigious, back to back (1979, 1980, 1981) Bay Area Music Awards for Best Country-Folk Recordings. Lacy appeared on those shows with the likes of Neil Young, The Grateful Dead, and the Jefferson Airplane.
“What I love is the musical journey continues. I think one of my new songs, ‘Scarecrow’ is the best I’ve ever done. My good friend Reverend Barbara Ann Fletcher remarked to me ‘that song makes you a whole new you, and it makes me a whole new me.’ I couldn’t ask for a better response to the work we did
As she point out, “I have so many songs I’ve written that have never been recorded, and a person just doesn’t want to finish out a lifetime with those songs still in them.”
The as yet unnamed EP is expected to be out in January of 2019, with some prestigious dates to surround that release.
A true talent can come from pretty much anywhere, and go where she pleases. If Lacy J Dalton has decided to check out Americana, then Americana better sit up straight and pay attention.