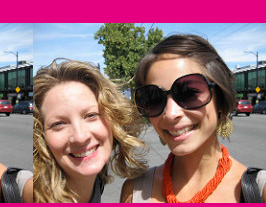 In defense of the Frank Report’s posting of stories about a teen group led by a TV actress who happened to be a coach in a cult whose leaders were later charged with sex trafficking –it is readers who keep pushing the “Kristin Kreuk had a suspicious role in NXIVM” narrative.

Here is a letter I got today from a source I know:

“I did a search on GBD’s logo and two sites came up, wasn’t sure if you knew about them or not. 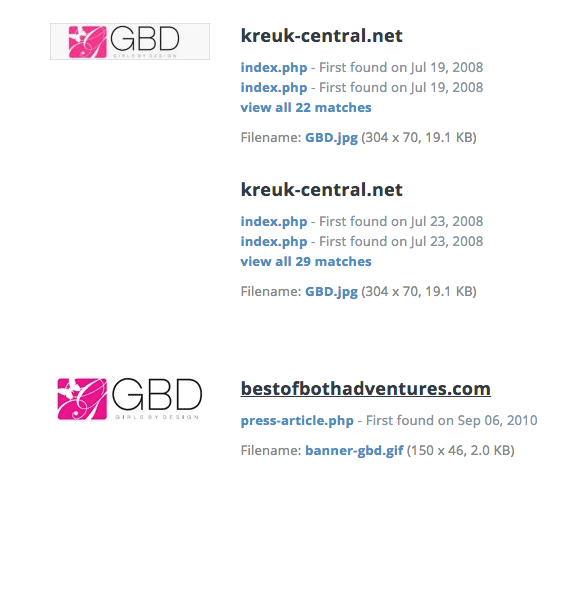 GBD wants to know your answers to the 7 sexiest questions…tee hee!

Send in your answers via video, audio, or text to:  info@girlsbydesign.com.  Don’t forget to write “SEXY 7? in the subject line.

Here is what Allie has to say about the Sexy 7 Set…take it away Allie!

[What follows is a Sexy 7 video which I could not get to play. Perhaps others will be able to play it.]
Then there were comments, including one from Allie – who is evidently not Allie Mack.
Here are a few:

June 17, 2009allie is friggin awesomee!!! totally do the sexy 7s you guys! we would love to hear about you!

June 18, 2009Awww! Thanks everyone for the encouragement!

That video was so much fun to make! You guys should TOTALLY do the Sexy 7 as well!

Oh, and PS, My wish came true!!!!!!!! Someone out of the insane amazing kindness of their heart GAVE me a camera!!!

June 21, 2009yayy! I actually love Sexy 7! I would totally love to see more vids! Oh I love K’s idea on putting Emily Vancamp and maybe Allison Mack too! and we havent heard from Mari or Kathy either!

Is it possible that the answers to the Sexy 7 questionnaire were screened by Kristin Kreuk, Kendra Voth,  Allison Mack or Karen Unterreiner – for the right kind of girl for NXIVM or even Keith Raniere?
Or that may be entirely untrue. Maybe Keith was not behind any of this.
As for the sexual assault story, on another page for the GBD teen blog, it is told by someone named L.L. who was purportedly assaulted when she was jogging.

As the title suggest, I need some advice. It’s rather a dark subject (and the first time I’ve reached out) but it’s about time to live freely.

Last year in July I was sexually assaulted. I know the crime is more common than most like to admit and I can deal with the fact that it happened to me, but I have tremendous trouble healing from the psychological and philosophical impact it had. It happened as I was running and my head was in the sky, when everything’s profound. My mind was in a delicate and intimate state when this man asked me a question as I ran by, “Why do you run?” Of course knowing me, how could I not notice the metaphorical importance of the situation? So I stopped, we talked, and he assaulted me. On a deep level I feel as though I had invited him to do so. Throughout the entire year, since July the month it happened, I’ve done nothing but take a pickax to my entire being. I hated myself, I abhorred myself, I disconnected myself and I hurt myself.

Its taken an ephemeral moment to destroy a structure I had worked on my entire life, and a year to remember where the blueprints are, but I’ve found a resolution I had just months before the incident: I want to be an engineer and I want to do great things. The thing is, I’m still scared shitless of people. I walk through my crowded university hallways and my fists clench with anxiety. It changed me and I don’t know if its for the good or bad. I’ve become almost hypersensitive of my weaknesses, insecurities and my (perceived) inabilities, and it makes them that much worse.

I’ve always thought we carry the solutions to the problems of our lives right there with us, but it’s the discovery of them that is over looked. But, I look in the mirror and I see the memory and I struggle to find my solution.

I know its a little on the dark side, but even communicating why I am the way I am is cathartic (you know… engineers aren’t exactly famous for their communication skills). Thank you for the opportunity, even if it goes unread, I appreciate it.

*****************************************************************************
This may be a true account but, on the other hand, it might be a fictional story written by Raniere himself for reasons best known to himself.
I was reminded of the quote of Hemingway’s posted on Girls By Design – “The world breaks everyone, and afterward, some are strong at the broken places.”
Of course, that may be a reach, as Sultan of Six, Kreuk’s chivalrous defender, says.  People are presumed innocent unless proven guilty. But the more evidence we put out there, the better it is for the truth. If Kreuk is innocent of any nefarious intent, it should become apparent.
Still, I wonder about the need for a purported college girl’s sexual assault story on a blog for young teen girls.

“That is essentially what GBD is about: bringing females together. I believe that women have an important perspective to offer the world. Now, this isn’t about the exclusion of men, it’s about the focus on female. With men around, I think it is more challenging for girls to just be girls. But the more I embrace my female-ness, the more I can appreciate and love men… and other women for that matter. So, get a few or a lot of your gal friends together, and spend time together with the focus on female-ness. And share your experience with us!!!  — Love, Kristin”

Some of this language sounds a lot like Jness – which was then in its early days of growth at the time.

Allison Mack discussed Jness in a blog post in similar language. The blog has since been removed but, in the post, Mack said, “Women in Jness have a beautiful opportunity to build and deepen their relationships with themselves and others through the guidance of a profound educational curriculum run by small groups of women who meet weekly to share and explore questions and concepts. The process deepens their understanding of their inner world and experiences and as an effect, many women begin to have a greater understanding of the secret, honest world of femaleness.”