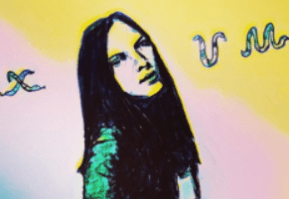 Guest View by a Reader

To Kristin Kreuk– Why didn’t you bring up NXIVM when tricking college kids into taking part in a NXIVM market research survey? Same with “Juicy Peach”?

How can you not know about anything “nefarious” and “illegal” activities, when you were named in a February 2012 lawsuit that sought to expose NXIVM’s criminal behaviour? Surely, you would know you were named in said lawsuit and seek to know why.

How can you not know about “illegal” and “nefarious” activities when the same month as the lawsuit, you were exposed as being on Necker Island, when John Tighe, the man responsible for revealing that trip and other facts, in an article said those there discussed money laundering, including hiding money in the Caribbean? Everyone named in that article was also named in the lawsuit.

Siobahn Hotaling was accused of being a money mule and was also named in the lawsuit. Surely, you knew those photos of yourself on Necker Island were online and you must have wondered how these private photos got there. Surely, you would have read that article about money laundering talks on Necker Island.

How can you not know anything, when the same month as the lawsuit and Necker Island article, you are personally name-dropped in the Albany Times Union expose as a cult member; in the same series that revealed your leader is an actual pedophile rapist with a police report published? Didn’t believe the victims? Then why believe those accusing Weinstein? Hypocrite.

Were you “embarrassed” and “disturbed” to be named as a follower of a pedophile rapist? Nope.

How can you not know anything bad when Susan Dones, whose Tacoma center you coached at, publicly claimed the reason she left NXIVM in 2009 was because of financial crimes and sexual predatory behaviour on Raniere’s part?

Kreuk did not care when Dones was being dragged through the courts by NXISCUM, yet Dones is happy to defend Kreuk. Dones went to the press and lied saying Kreuk left shortly after she did – in 2009 – before things became ” bizarre”.

Not true at all and Dones still has not revealed why she lied about Kreuk leaving in 2009.

As for this “Jane”, the DOS slave claiming she was recruited by Kristin Kreuk from Girls By Design, it is fairly easy to get proof – without looking at Allison Mack’s inner thigh for a tattoo. Frank has already verified the woman is indeed who she says she is. All he has to do is contact the woman and ask for a picture of “Jane” with Kristin Kreuk and the “Girls By Design” group. There are pictures already online of the GBD teens, perhaps she is in one of them? If she really did join GBD, then NXIVM, then DOS – Kreuk is the reason. That is huge.

Jane claims she does not want Kreuk to know who she is. Why? Is it because there were other GBD girls recruited into NXIVM and she does not want Kreuk to know which one she is? Is she worried that Kreuk might rat her out to other DOS members and she’ll be punished for talking to Frank? If this “Jane” wants to clarify further, which she should, she should reveal more.

If it is true that GBD was a deliberate recruitment tool for teen girls to identify a particular type of girl, that is really bad. An ex-GBD member said that Kreuk would have girls fill out open-ended questionnaires on Facebook and if a girl said something they liked, they would be contacted.

One wrote, “I was a part of GBD in 2008 when I was 17 years old. KK would have girls fill out questionnaires (usually open-ended questions about your experience as a teen) on Facebook, and Kendra would contact us privately if we said something that interested her. Here’s one thing I do remember – it seemed Kristen and Kendra were more interested in recruiting girls much younger in age than me, closer to middle school. I ended up leaving GBD because of that. I also remember them both posting numerous blogs on Youtube.

“I do remember at one point Kendra was much more interactive with having one on one’s with individual girls than KK was. I remember thinking that perhaps GBD was Kendra’s thing and KK was there to generate attention (at least she didn’t seem to want to get her hands dirty). Not sure if that information is useful, but I wanted to put it out there.”

Why were they getting girls to fill out questionnaires? We know why Kreuk tricked college kids with the College Project NXIVM market research survey, but why these teen girls?

This “Jane” says they were trying to reach girls early – to plant a seed – and this ex-GBD member said they were more interested in younger girls.

At a minimum, GBD was a NXIVM project where they spread NXIVM bullshit to teen girls. Frank should get more proof from “Jane” – photographic evidence of her with GBD.

When there are so many allegations and questions and none are getting answered, it looks sketchy. Kreuk made sure not to mention she was a coach and recruiter in her Twitter statement. She has not even admitted to recruiting Allison Mack.

She says she left in 2013, yet she was still around after that. Also, an ex-NXIVM member on this site claims the top NXIVM people told him/her that Kreuk was still active in NXIVM but was busy on a TV show. She absolutely did not cut the cord with NXIVM. She obviously did not care about the “illegal” and “nefarious” activity of NXIVM and its members to still be pro-NXIVM beyond 2013.

Even Sarah Edmondson’s defense of Kreuk, suggesting “shit got weird” after 2013 is faulty. Why is Sarah Edmondson talking to the Feds about crimes before DOS was even formed in 2015 ?.

If the press went after Kreuk in 2012/13 and brought up the lawsuit, Necker Island article, Times Union expose, all the bad press in one month, Kreuk would of been held to account and she would of been in a panic.

I don’t want my hard earned tax dollars going to a character like Kreuk.

Gitmo Terrorists Obama Traded for Army Deserter “Reinforce” Taliban in Qatar
Shadow State: The rest of her life the letters ‘AM’ will be Allison Mack’s scarlet letters
Comment