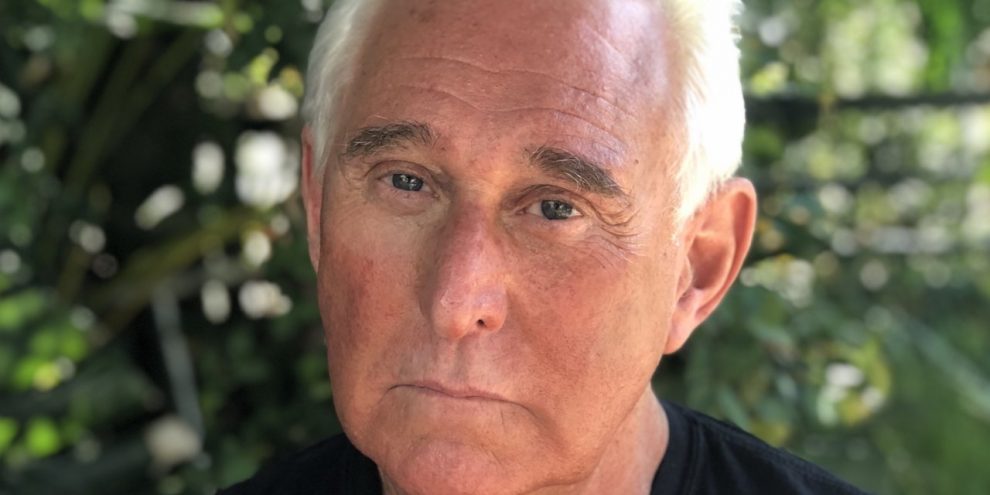 Roger Stone has spent a lifetime cultivating a reputation as a political street fighter of the first order – a no-holds-barred conservative campaign operative fluent in the dark arts of electoral persuasion and deception.

He is an American Machiavelli with a tattoo of Richard Nixon’s smiling face positioned at the center of his back, a brand he wears as a badge of honor.

“Politics isn’t bean bag. This is a rough-and-tumble game,” Mr. Stone told the Monitor during a wide-ranging, two-hour interview at his home here. “But I’ve never done anything that is outside the norm of what political operatives do.”
Nonetheless, among Democrats, Stone is Lucifer incarnate, a dirty trickster who exploits divisions and stokes fear to gain political advantage for conservative candidates.

In perhaps his most ambitious project, Stone began working as far back as 1988 to convince a flashy, combative New York City real estate developer and eventual reality TV star to run for president of the United States. The rest, as they say, is history.

Except the story isn’t quite over.

Now, Stone, who spent much of his life as a political hit man, finds himself in the crosshairs of special counsel Robert Mueller.

The special counsel’s office is investigating whether Stone might be the elusive smoking gun that proves collusion between the Trump campaign and Russians who allegedly hacked emails and other documents from the Democratic National Committee in 2016 and released them publicly via WikiLeaks.

The disclosures in the final months of the presidential election were more than just embarrassing; they were devastating to Hillary Clinton’s campaign and helped propel Donald Trump into the White House.

It certainly sounds like the kind of work Roger Stone might embrace. And some of Stone’s own actions and statements in the run-up to the 2016 election suggest he might have had inside information. But that doesn’t make it true, Stone says.

“There is no proof that would stand up in court, and there is no witness who can provide such proof, because it simply doesn’t exist,” he says, seated in a home library jammed with books about Nixon and politics, and adorned with a large blue and yellow campaign poster: “Win with Nixon.”

“I am not sure how much more categorical I can be.”