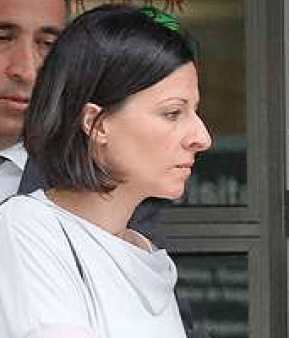 Just as she has done for the past two months, by permission of the court, Lauren Salzman can visit her mother, Nancy, at her home every day – between 9 am and 6 pm – for another six weeks.

Defendant Lauren Salzman’s 183 Request for Modification of Bail Conditions: The court APPROVES the requested six-week extension of the time period in which Lauren Salzman can have daily in-person visitation with Nancy Salzman at Nancy Salzman’s residence between 9:00 A.M. and 6:00 P.M. The time period for daily in-person visitation is hereby extended to and includes December 8, 2018.

The court also APPROVES Lauren Salzman’s request that she be allowed to leave her home for 120 minutes one day per week and for 90 minutes two other days per week for “exercise, grocery shopping, and/or other errands.”

Before leaving her residence, she must provide advance notice to Pre-Trial Services. All other conditions of her release remain in full force and effect.

Additionally, the court GRANTS Lauren Salzman’s motion that her letter requesting modifications to the court’s bail order be filed under seal. Ordered by Judge Nicholas G. Garaufis on 10/29/2018.

The ostensible reason for Lauren being permitted to visit Nancy is that Lauren aids her mom who is recuperating in her Albany-area home from radical mastectomy surgery.

Nancy is believed to be cooperating with the prosecution in return for an acceptable plea bargain.

Prior to being allowed to have medical visits, mother and daughter were banned from talking to each other outside the presence of attorneys. They are co-defendants in the case. Lauren remains out on $5 million bond and is subject to home detention.

Recently, Frank Report discussed ankle monitors. It is not known if Lauren, Nancy, and Kathy Russell are required to wear ankle monitors.  They are supervised by Pre-Trial Supervision in the Northern District of New York, which normally does not require the devices unless they were part of the bail conditions established by the court.

All of the defendants – except hapless fall gal Kathy Russell – are permitted to leave their homes for five hours per week total – twice weekly for 90 minutes and once weekly for two hours.

They may also leave – with pre-approval – for work, school, and religious services and for medical appointments and meetings with lawyers.

Hapless fall gal and erstwhile ballerina Russell may leave at 6 am and must return home by 8 pm daily. Whether this extra freedom means anything to the witless follower of Keith Raniere is hard to know. She is evidently prepared to give up all her freedom for years to come to stand by the man who has gobbled up her life for some 15 years.

Of course, when she gets out of prison – maybe he will fulfill her long cherished dream – one that he promised her – if she paid for enough NXIVM classes and served the group at low wages – that she will become a world-famous ballerina.

In one respect, Kathy is kind of a Cinderella figure….. waiting for her Prince Vanguard.

Not to be outdone by Kathy is Lauren Salzman herself. About 15 years ago, Raniere promised Lauren that he would sire an avatar baby for her. Poor Lauren, she decorated a nursery and waited for years for the pregnancy that would change the world.

A golden avatar babe – from the loins of Raniere. Lauren is now past 40. Raniere is in prison. All those years when she asked him when she was going to get pregnant and he would answer – “as soon as you shed your last few disintegrations” – she waited faithfully, silently – knowing that her true man would ultimately get her pregnant and her desire for motherhood would be fulfilled.

Being much smarter than Kathy Russell, Lauren may now realize that she was just being used by Raniere. He played her for a fool. He knew nothing of the future – for the fool could not even predict his own incarceration – let alone predict that he would impregnate Lauren with a babe who would be a savior of the world.

Lauren is smart enough to know that by the time Raniere gets out of prison – she will be far too old to have a baby – avatar or not. The only question for Lauren is – will she also spend so much time in prison herself that she won’t biologically be able to have a baby with anyone, anyway? Or will she join her mother and testify against the Vanguard?

The Canadian: Kristin Kreuk is not innocent – in her role in the sex-slaver NXIVM cult!
Whitey Bulger was ‘slocked’ – allegedly by prisoner who hated guys who abuse women – what will they think of Raniere?
Comment