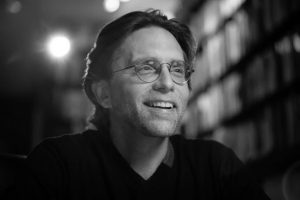 In 2016, his bio claimed “Applying this skill to athletics, Keith Raniere excelled in judo and was an East Coast Judo Champion at age eleven.”

Sometime between December 2017 and February of 2018, Raniere removed the reference to his judo claims from his website. Back in 1988, Raniere seems to have told the Albany Times Union that :”He was East Coast Judo champion at age 12.”

In any event, one of our readers, who seems to know a good deal on the subject made the following observations about Keith’s claim and how little or much it means.

With regard to Keith’s often repeated claim that he was a world class “East Coast Judo Champion”, here’s a few Judo facts to put things in perspective:

Even though Keith could have won a tournament, here are some facts:

2) The division for 11-12-year-olds usually has six different weight classes, from 66 pounds at the bottom all the way up to 120+ pounds for the heavier/fatter guys. Which means, even if you win, you’re only one of six different “12-year-olds” who won, LOL.

When you add in all of the other age groups and weight classes in those groups too, you’ll see that winning such a tournament is almost a meaningless accomplishment.

3) Competitions in judo are also separated by “skill level” (what color belt you wear). This means Keith was only in the NOVICE division competing with other WHITE belts and YELLOW belts.

How do I know this?

If he were in a higher division or had a higher belt color, this would have been mentioned by him as part of his accomplishment.

Also, as a 12-year-old, you’re not really eligible to have an advanced belt color for competition — since many dangerous ‘judo maneuvers’ are forbidden by the rules until you’re older than 12 years old.

If Keith ever held a brown or black belt in Judo at ANY age in his life — then it would be verifiable with the national federation called “USA Judo”.

This is true because advanced Judo belts can’t be given locally by instructors like they do in karate. Local instructors can sometimes give out lower level belts up to a certain color, but not higher level belts.

In Judo, only regional panels of Judo experts can promote somebody to a high-level belt, and records of these accomplishments are kept at the national level at USA Judo.

The reason Keith doesn’t mention a belt color (or skill level) is because he likely was just a little 12-year-old white belt or yellow belt. LOL.

Any claims that he was just being modest (by not mentioning his Judo belt color) are contradicted by the fact that he’s already BRAGGING about winning the East Coast Judo Championship to all of his followers as proof that he’s super special.

If he were truly modest, he wouldn’t be mentioning this accomplishment period. LOL.

Many people outside the Judo world don’t realize that Judo for kids (under 13 years old) isn’t “real” Judo because the rules FORBID the most violent ways to win a Judo match — such as SUBMISSIONS via choking and armbars. The rules also forbid kids from doing the most dangerous types of throws/maneuvers. Kids can throw people, but the most dangerous throws are not taught to kids that young.

Many people don’t realize that Judo matches can also be won by simply PINNING your opponent’s shoulder to the mat for 25 seconds (except only one shoulder needs to be pinned in Judo, not both like in wrestling).

Sitting on your opponent’s chest (with at least one shoulder pinned) is one way to win a judo match, especially for novice kiddies who don’t know how to defend very well yet.

Judging by Keith’s short and stocky structure, I’m guessing he was a chubby little fellow who probably won his matches precisely like that, LOL.

I don’t think that’s gonna work out too well in prison when somebody comes to “slock” him though. ?

But what does Pea Onyu think? ?

Kalliope offers ‘Phobia Relief Day and Intro to NLP’ – Nancy Salzman not expected to attend
Shadow State: Wait till you see what the US Department of Justice has to say at trial about Allison Mack
Comment