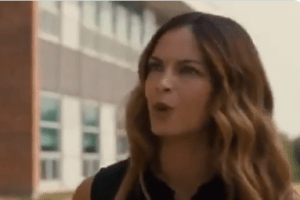 Kristin Kreuk’s TV Show, Burden of Truth, funded predominantly by white male taxpayers, is such obvious anti-white male liberal propaganda. Everything about it.

All the evil comes from Kreuk’s onscreen, white father, representing the generic white man for all to hate. There is even a token interracial lesbian couple. I do not want my hard-earned money going to Kristin Crook, especially when the content is propaganda attacking me and especially when it was filmed during the NXIVM shit storm of 2017 – with Kreuk silent as a mouse.

Of course, Kreuk reads Frank Report. She probably read this article, yet she still went on Twitter yesterday to promote Season Two of this taxpayer-funded bullshit.

Where do governments get money from? The taxpayer. They take your money and give it to others.

In this case, they give your hard-earned wages to multi-millionaire dickhead actors making them even richer while you have to work. Then, when you complain about mass uncontrolled immigration and other things that you have to pay for, these asshole celebrities who don’t have to face any economic burden insult you and call you the usual liberal names: bigot, Nazi etc.

The government has no moral right to use other people’s tax dollars to fund a television network. What a waste of money. Either increase advertising, stop giving the shitty actors so much money or self fund.

Anyone happy to have their money taken away is a moron. If there are morons willing to pay for this shit, then they can set up a Kickstarter campaign and let the morons fund their bullshit. I refuse to pay for it. I don’t even watch TV. Too much pandering to the liberals.

They can all fuck off. 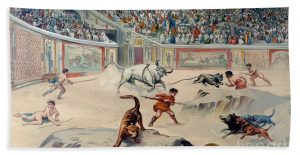 Is it government’s job to entertain the governed?