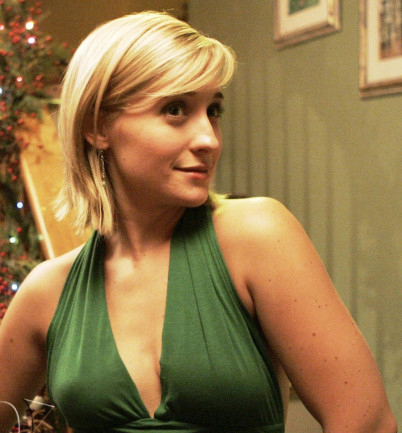 I won´t believe that Allison did this all by herself, but because she was brainwashed.

She´s a trained actor, who used “Method Acting” for her roles. The characters she played (Opposite Sex, Smallville) were extremely lovable.

In my case, I fall in love with her beautiful smile, right from the start. Beneath the fact, that she was born not far from me in Preetz, Germany.

I saw pics of Allison and Kristin Kreuk in a meeting of the “World Ethics Foundation” … ah, ethics, sounds good, yes … but no, it´s NXIVM …. or take JNess, which is also working on German soil … it has an office in Hamburg … to help young women build up self-confidence … but no, it´s just a way to find women, who feel insecure, to lure them into the master´s harem.

I finally looked behind these mirrors, when Allison made advertising for the new acting school, “The Source”, where Keith Raniere teaches methods the students should not only use in her work, but in their real life, especially by raising their children.

I also won´t believe that her family did not have a problem that their daughter/sister is a member of a cult … any cult, but also support it. In the FAQ-Videos, Allison talks about her family life for example in Amsterdam, Netherlands, that it was quiet nice.

My wish, from someone who had a major crush on Allison for almost 15 years, who may even have thought that Allison was the woman of my dreams, is that she´ll make a deal with the prosecutor.

I want to believe, that Allison was one of the first victims and that she developed Stockholm Syndrome.

She really needs to go into therapy … and the best way to do that is for her to start her life all over again, by moving back to her birth town. The people in Schleswig-Holstein have no problems with cults… Jehovah Witnesses aside.  And here, no one will recognize her.

PS: I overcome my social anxiety and asked German TV networks to invite Allison to Germany before I noticed the cult. If I got a note from her potential German therapist, that she overcame the brainwashing, I still could think about a friendship, maybe even a relationship with her.

But she has to become healthy again. What Allison did was disgusting, don´t get me wrong … but if she really suffers from Stockholm Syndrome, she needs help and after that deserves a second chance. If she got her money back, she could adjudge compensation to her own victims. And if she will move from U.S. to Germany, she could conclude with this part of her life, and become a normal person again.