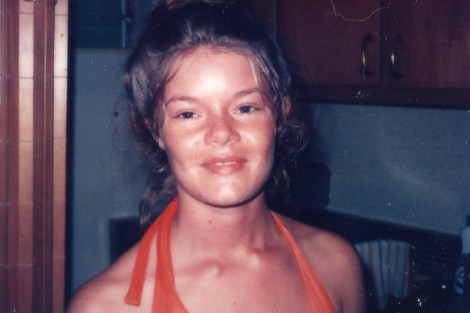 The late Barbara Jeske and the late Pamela Cafritz were longtime harem members and wing women for Keith Raniere. In NXIVM, both rose in the High Rank of NXIVM – the only two members to ever wear the Purple Sash. Both contracted cancer in middle age. Both were treated by Keith Raniere. Both died of cancer and both willed their estates to Raniere or to his control.  It is a common belief in all lands that we should not speak ill of the dead. But we often make exceptions when the deceased was particularly vile.

Yesterday, Heidi, commenting on a story about Nancy Salzman, wrote: “Nancy is recuperating from her successful cancer mastectomy in the DEATHBED of Barbara Jeske — whose own painful cancer went deliberately untreated for years under Vanguard’s rule?  And she’s there, in the comfort of Barbara’s home, comforted daily by her felonious slave-driver daughters — because while dying Barbara was forced to will her home to ‘NXIVM,’ which Nancy owns???!!!!   How does she sleep at night?!  Maybe Vanguard’s right. Nancy really is Hitler reincarnate.”

In response to Heidi, a reader who is not too fond of Barbara Jeske wrote in reply:

Sorry Heidi, but I Disagree about Jeske

I’m honestly not trying to attack you, Ms. Heidi.

I realize that you knew Barbara Jeske and probably have fond memories with her.

I also consider myself a kind, caring and fine human being who’s capable of forgiveness.

But truth be told, Barbara Jeske was not a nice person. She was part of the NXIVM harassment crew who fucked over lots of innocent people.

If Jeske were still alive today — she’d be right at Vanguard’s side doing his dirty work, fucking over anybody Keith requested, without hesitation or remorse.

So would Pam Cafritz.

You’re a softhearted person to forgive these women when they NEVER repented, apologized or left NXIVM while still alive. Forgiveness is possible only when somebody asks for it. Jeske never did. That whore did Keith’s bidding until the very end.

Cafritz was even worse. She wasn’t even human anymore, she was literally just an extension of Keith’s arm.

I have a guru who communicates with the dead (via Seance) and I paid him to do a special Seance recently.

His sources from heaven have confirmed that both Jeske and Cafritz were turned away.

Both ladies currently have a giant pitchfork up their buttholes as payment for the evil deeds they performed while on Planet Earth. 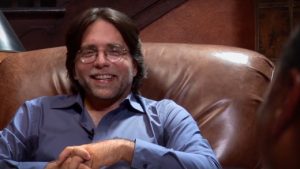 Additionally, Lucifer has carried on with Keith’s annual tradition of “servicing” them on their birthdays each year — only instead of giving them “tune-ups” (cuz Keith’s dick was too limp to fuck properly) Lucifer pulls out his huge 24 inch cock and makes them bend over and take it up the ass.

You are simply too forgiving Ms. Heidi…

Reader: Moira Penza is the REAL Problem Here; Should Make a Deal with Nancy
Reader: Allison Mack is no devil; these women must take responsibility for their own choices
Comment