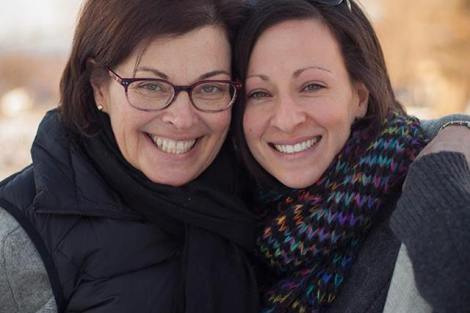 I’m not going to defend Nancy and Lauren Salzman on most things. But I will on a couple.

Nancy thought she was starting a legitimate business relationship with Keith Raniere. Keith tricked her and took advantage of her.

Nancy did not “give” Lauren to Keith. Lauren was a big girl who had just graduated from college. She had been hearing about this smartest man in the world B.S. And than, out of the blue, KEITH WANTED HER!!!

Can’t really blame Lauren for falling for the liar. Who knows if Nancy was even that cool with it – but what could Nancy say if she wasn’t? Keith wanted her daughter. Her daughter was an adult. Plus, Nancy was running around telling everyone how perfect Keith was. But he’s not good enough for Lauren?

The problem is that Keith then used Lauren to keep Nancy snared to him. He kept whispering sweet avatar nothings to Lauren as a way to keep Nancy from causing him problems.

My problems with Nancy started when she piled on and helped ruin Toni. Nancy should have seen the light and RAN. Nancy should have planned her exit as that was going down. I hope that the only reason Nancy went along for the ride for the next 20 years is because she got Lauren into the mess and Lauren certainly wasn’t leaving the mess. But instead of doing the right thing, Nancy wimped out, helped NXIVM thrive, and let the psychopath keep going 100 mph forward.

Obviously, I’m in the minority, but I’d be OK with Nancy and Lauren not doing jail time as part of a plea deal. If that deal helps solidify the case, I say do it. Not that I don’t think they deserve to do time – it’s that stopping the monster is more important. And I believe Nancy and Lauren would have lived perfectly normal, law-abiding lives if they hadn’t ever met Keith.

In the past, I’ve posted things I hope Nancy has read. What the hell else does she have to do other than read Frank Report? I’m sure half of Frank’s hits are from ex-NXIVM members hoping not to read their names.

Nancy was manipulated for the past 20 1/2 years by Keith. Hopefully, something has woken her up to realize she has been under “da voodoo”.

Nonetheless, she is killing herself, has led her daughters to prison’s doorstep, and has turned herself into a criminal. Without first looking in the mirror and realizing that, she is a lost cause. I still have faith in Nancy because I know Keith has turned her into something she wasn’t meant to be.

Heidi Hutchinson – on Pam, Barb, Nancy and the monster Keith Raniere
Reader: Moira Penza is the REAL Problem Here; Should Make a Deal with Nancy
Comment