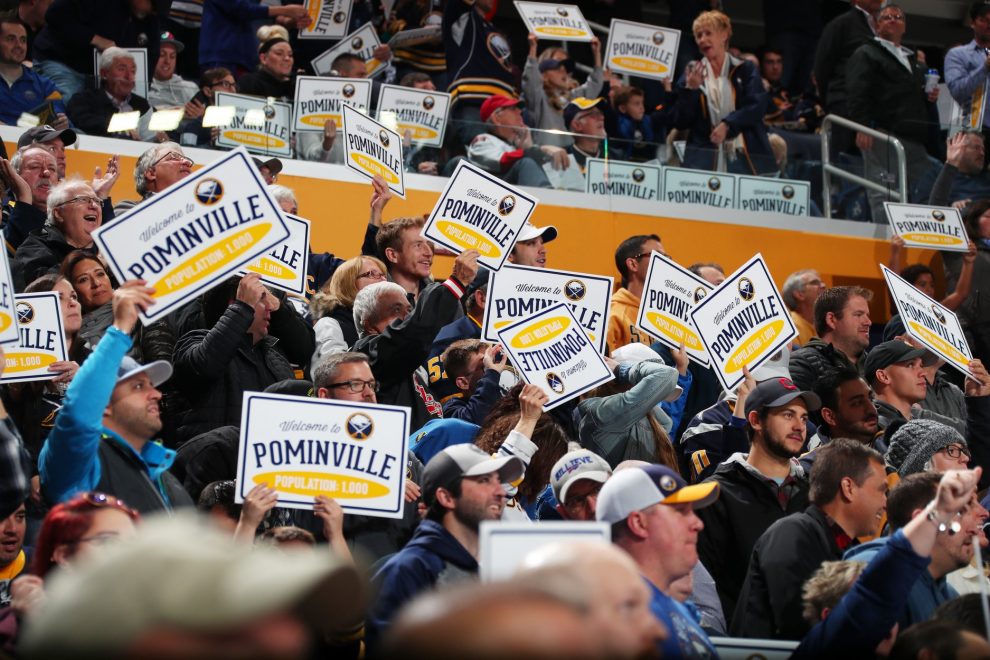 Player gets recognized for 1000th game

Buffalo Sabres game ops has had a middling record when it comes to everything that goes on at the games at Key Bank Center.

Whether it’s the lights, the music, the volume, the game night hosts, the organ, the entertainment, the contests, just about everyone has an opinion. But in this day and age of instant communications, social media and the internet, it is pretty evident that other NHL (and NBA) venues seem to get it right when it comes to the glitz and the glamour, while our guys seem clueless.

One needs to only go back as far as January 13, 2015, the night the Sabres retired goaltender Dominik Hasek’s #39 jersey and hung it to the rafters.

Mind you, the retirement of numbers and hanging of any serious banners is a gesture not to be taken lightly or presented without pause and thought. Yet on that night, there were no teammates, none of Hasek’s family. Only former players Rene Robert and Danny Gare stepping on the ice with the banner, Hasek’s stunted and awkward acceptance speech, and after 20 minutes it was all over. This, for arguably one of the greatest players in the franchise history.

The presentation was quickly criticized and derided by many members of the media, former players and fans. Adding to the spotlight on the organizations sorry performance was the juxtaposition of Anaheim’s banner ceremony for Teemu Selanne, which happened the same night and featured an elaborate 90 minute multimedia extravaganza and a who’s who of teammates, former players, league officials and other notaries, not to mention the participation of Selanne’s family. 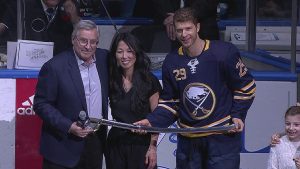 So this weekend the Sabres organization did a reset. No it was not a banner hanging ceremony, although for Jason Pominville, that honor and that day might yet come down the road. Instead, it was an occasion to celebrate the occasion of Pominville’s 1000th game in the NHL, most of those played in a Buffalo Sabres uniform.

The Sabres pulled out all the stops. There was a highlight reel video featuring some of Pominville’s greatest acts, none more memorable than his shorthanded goal in overtime in Ottawa in the 2006 playoffs to close out that series. It was that goal that ignited play by play man Rick Jeanneret’s famous “these guys are good, scary good!” call, a video moment that inspires chills and will continue to do so for generations.

And there was more. Owners Kim and Terry Pegula presenting Pominville with a silver Sabre and “knighting” him. Framed photo arrays given by his teammates. Pominville’s wife Kim, his parents and their two kids in attendance. Lengthy video tributes by former teammates. Accolades pouring in from all corners of the organization. Pominville placard giveaways for all in attendance. As the ceremony unfolded and concluded, there were more than a few moist eyes among fans in the stands.

“It was a great day. The Sabres did a great job, great presentation. I feel very fortunate to call this home and have the support of the fans that I have” said Pominville.

Pominville was drafted 55th overall in the 2001 NHL entry draft by the Sabres, a call that owner Terry Pegula reprised during his remarks on the ice. He instantly became a fan favorite within the organization, first with the Rochester Americans farm team in the AHL. He appeared in but one NHL game in a Sabres uniform in 2004 before labor strife wiped out an entire season in the 2004-2005 NHL lockout.

Upon resuming play, he became an instant star and leader for the Sabres, helping them to get to the conference finals in both the 2005-2006 and 2006-2007 seasons.

Another amazing statistic – Pominville has dressed and played in all 82 games for 8 of his seasons.

There have been other corners of the world and society that were overlooked during this weekend’s festivities – During the 2012-2013 NHL lockout, Pominville and his family relocated to Germany, where he joined the German League’s Adler Mannheim team (in former teammate Jochen Hecht’s home town). He instantly became a fan favorite during his time there and is still well remembered for his contributions to that team. No Adler goal was more memorable than Pominville scoring in overtime on a breakaway against Team Canada in the 2012 Spengler Cup in Davos, Switzerland. That game went 2-1 for the upstart Mannheim team against Canada’s all stars and shocked the hockey world.

In 2012, Pominville became the Sabres’ lead spokesman in the You Can Play Project, fighting homophobia in organized sports and lending his full support to inclusiveness for the LGBTQ community, a cause he remains passionate about.

As for the game, what better a script. Pominville nets two goals, a 9-2 pasting of the Ottawa Senators. Fans were counting the goals right up to the end and demanding “We want Ten!”, reminiscent by many of Buffalo’s signature countdown chant in good old days at Memorial Auditorium.

“There’s no better to have it (the ceremony) than home,” said Pominville, after what was actually game 1001. “I’ll try to watch all the videos again later, it was a lot to try to absorb.”

For Pominville, who began the season on the fourth line, is quickly emerging as a leader and a “player by example” to a locker room full of very young faces. For an organization trying to reconnect a love affair with the home town fans and the ticket buying public, a game this full of scoring and energy could not be a better tonic, especially on a Saturday afternoon with the kids in attendance.

-And speaking of game ops, Taro has been disgusted with the ear splitting noise and volume emanating from the in game public address system all season long. From the heavy decibels of every music bump to the loud intermission contest presentations to the screaming announcer who even eclipses the embarrassment of the Buffalo Bandit’s Annoying PA Guy, casual conversation in the stands becomes an impossible task.

Someone must have gotten a memo… the volume was turned down this past Saturday to more manageable levels, still a tad on the high side. But for now, patrons won’t have to scurry into washrooms to get a respite from the racket.

-And congratulations to the Fukuoka Softbank Hawks of the Japanese Baseball League. Back to back champions and their fourth title in five years. Yes, Taro pays attentions to doings back home even while preoccupied with all things hockey. 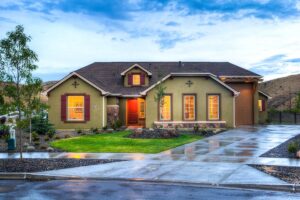 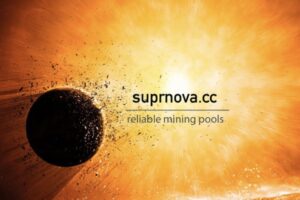