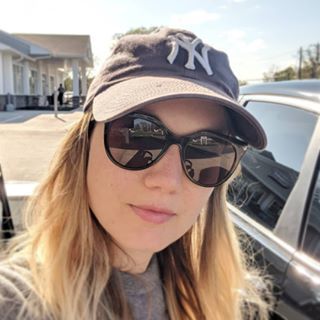 Here is the funny part: The message on the page is in Spanish which suggests it was created in Mexico where Clyne was staying with her Vanguard in a $10,000 per week villa in Puerto Vallarta.

This page is not available.

It is possible that the link you selected is corrupted or the page has been deleted. Back to Instagram. 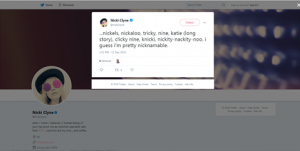 She has not deactivated all her social media. Her Twitter is still extant. But her last Tweet on her account was March 26, the fateful day when her glorious Vanguard was apprehended, deported and haled into a federal court in Texas – was to be with her no more.

If she has been silent of late in social media, all anti-NXIVM people owe her a debt of gratitude.

The post below in February [and others] was what led me to identify and to report for the first time that she was in Puerto Vallarta and that Vanguard who had disappeared from Monterrey – and whose location was unknown to my Mexican sources – was likely with her.

Yes it was Nicki and love of showing off on social media – who was good enough to help us locate her Vanguard. 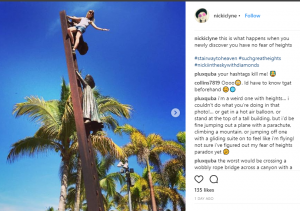 Shadow State: Pea is in all probability Nicki Clyne.
Klaviger: Unanswered Questions…Part I – Why did the FBI only raid two of NXIVM’s properties?
Comment