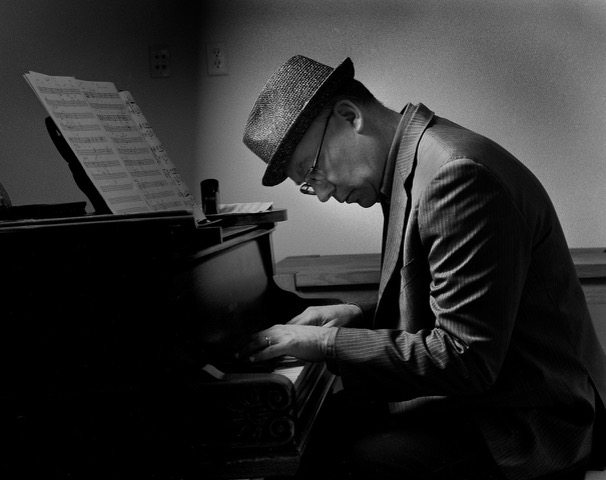 Hallwalls is pleased to welcome the renowned pianist/composer Wayne Horvitz and his long-standing trio for an evening of some of his newest works.

Wayne Horvitz came to prominence in the Downtown scene of 1980s and ’90s New York City, noted for working with John Zorn’s Naked City among many others. Horvitz has since relocated to the Seattle, Washington area where he has several ongoing groups and has worked as an adjunct professor of composition at Cornish College of the Arts.

The Snowghost Sessions features music created at Snowghost Studios in the spring of 2015 with longtime collaborators Eric Eagleand Geoff Harper. Taking advantage of a week’s free studio time at a state of the art studio in Whitefish Montana, the sessions were devoid of any advance plan or expectation to even create a final outcome. Augmented by electronics, live processing, and keyboards, the piano trio then continued to work back in Seattle, finalizing the mixes in the winter of 2018.
“I’ve never felt so free of expectations in the recording studio in my life” says Mr. Horvitz. “The sessions were relaxed, creative, and without a specific goal. We didn’t set out to make a record, we just set out to enjoy the process. I brought in a pile of tunes and sketches, and started making music. The only thing I knew was, I wanted to work with Eric and Geoff, and I wanted find an organic marriage between the idea of a piano trio, and some ideas I’d been exploring with amplified and processed piano.”