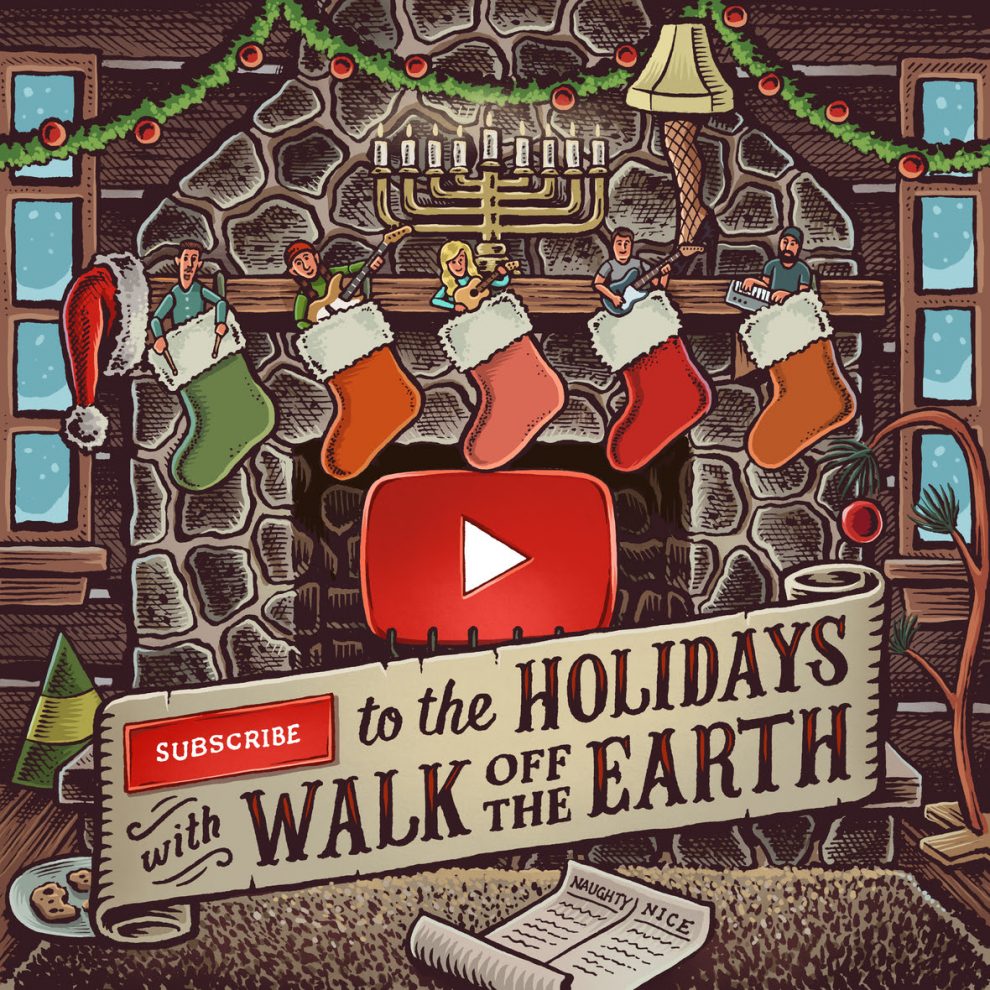 (New York, NY) Walk Off The Earth, the indie-pop band known for their chart topping originals and unique covers of current hits, have released the first single from their upcoming EP, Subscribe To The Holidays, “Have Yourself A Merry Little Christmas,” performed by band members Sarah Blackwood and Gianni Luminati’s five year old son, Giorgio Michaels. Subscribe To The Holidays includes six holiday classics, re-imagined in Walk Off The Earth’s signature style.

Comprised of five multi instrumentalists (Sarah Blackwood, Gianni Luminati, Marshall, Joel Cassady, Beard Guy), Walk Off The Earth originally gained massive public attention when their interpretation of Gotye’s “Somebody That I Used To Know” went viral on YouTube, garnering over 180 million views. Since then, the band has released a string of successful original songs including “Red Hands” (#1 at AAA), “Fire In My Soul” and “Rule The World” (both of which went platinum in Canada), sold out venues across the globe and collaborated with some of the biggest artists in the world (Keith Urban, Snoop Dogg & Steve Aoki). In addition, they’ve won a “Group Of The Year” Juno Award and appeared on American national television shows such as Good Morning America and Ellen.

Walk Off The Earth’s most recent original single, “Fifth Avenue,” premiered on Billboard.com. The track was added to Spotify’s “New Music Friday” playlists in over a dozen countries and garnered more than a million streams in the first week after the release. The band performed the single on both Good Day New York and a Paste Magazine & Daytrotter live session. Last month, their rendition of “Girls Like You” by Maroon 5 won the 2018 “Best Cover” Streamy Award, beating out Greta Van Fleet, James Bay, Leroy Sanchez and Morgan Saint for the honor of receiving the prestigious award. The unique video for “Girls Like You” featured all five members of the band performing simultaneously on a custom instrument known as the “GuitHarpUlele.” Designed by the band, the one-of-a-kind instrument was built by Blueberry Guitars. When the video was released in July, it gained such buzz that even Maroon 5 posted it on social media.

After a summer spent on the festival circuit in their native Canada, as well as Europe, Walk Off The Earth are currently on a US tour, which wraps on November 16th, the same day that Subscribe To The Holidays will be released.