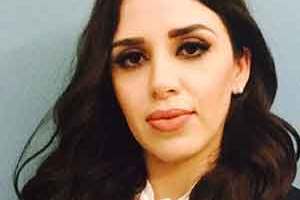 Joaquin Guzman Loera, 61, AKA El Chapo, only has three attorneys on his legal defense team – and he’s only going to spend an estimated $5 million for his trial.

He obviously never took any ESP courses before he got busted.  He appears in Brooklyn federal court on Tuesday for the first day of his trial,

In the meantime and during his trial, El Chapo is held at the Brooklyn MDC, the same prison that holds the world’s self-proclaimed smartest man, Keith Alan Raniere AKA Vanguard.

Raniere, who is scheduled for trial in March, has five lawyers. His five co-defendants collectively have another 19 lawyers – for a total of 24.  It has been estimated that the NXIVM defense team will earn at least $15 million or three times what El Chapo will spend on his lawyers.

El Chapo’s other attorneys are Eduardo Balarezo and William Purpura, who jointly and unsuccessfully defended Guzman’s former partner, turned rival, Alfredo Beltran Leyva, a drug lord known as “The Desert Ant,” on drug trafficking charges. Leyva got convicted last year — and was sentenced to life in prison and ordered to pay $529 million in fines to the U.S.

Leyva blamed El  Chapo for ratting him out to authorities and ordered the murder of Guzman’s son, Edgar.

As for fees, Raniere’s are being paid by Sara and Clare Bronfman – the latter is a co-defendant and the former may well be charged soon. A trust fund was established for Raniere’s legal bills by the fabulously stupid sisters.

El Chapo, on the other hand, had some problems at first in paying his attorneys. His lawyer told the judge he wanted his family in Mexico to foot his legal bills.  Guzman’s wife, sons and extended family live off the hundreds of millions of dollars of revenue they receive from drug proceeds. At first, reportedly, his family objected to paying for his defense, since it was like throwing good money away – because everyone knows he is bound to be convicted.

“Goodbye poppa” was about all they would say. But then they changed their minds after El Chapo’s plea to them in court.  It was the least they could do – to take about 1 percent of their annual income and give it to El Chapo’s attorneys – as they live lavishly on the money he got for them by poisoning millions of American youths.

In a tender gesture, El Chapo, who has not seen his wife in two years (she is apparently going to attend his trial), asked the judge, Brian Cogan, to allow him to briefly hug her when he sees her in court. The judge denied his request.

It is not known if Raniere’s top lieutenant – Nancy Salzman AKA Prefect will get a plea deal and cooperate with prosecutors.

Prosecutors in Guzman’s case have produced more than 300,000 pages of documents in evidence.  There are hundreds of court records and 140,000 wire intercepts.

Prosecutors in Raniere’s case have said they have 12 terabytes of data – the equivalent of 144 library floors – to review and, if/as relevant, to produce in discovery.

If Guzman is convicted [which is likely], prosecutors will try to seize $14 billion of his alleged profits from his sale of drugs.

That makes the potential seizure of $100 million or so of Bronfman money – if Bronfman is convicted – seem relatively minor.