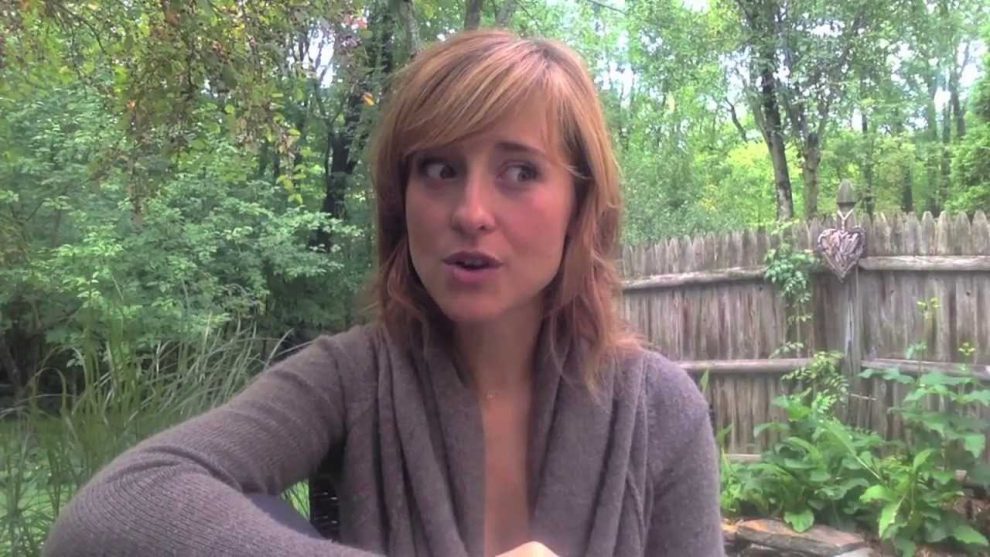 It’s a scandal in itself that Fame 10 ranked Allison Mack’s role in a busted sex-slaver cult as only the 12th biggest celebrity scandal of the year.  She should have ranked higher in my opinion. Here are the top 12.

Meghan hasn’t spoken to her father since before her wedding and her sister Samantha thinks she’s an ass. She probably is but how is this bigger than Allison branding women?

2. Colin Firth and His Wife Charge Her Former Lover with Harassment

When Roseanne Barr Tweeted that Valerie Jarett is the “offspring of the ‘Muslim Brotherhood & Planet of the Apes,” ABC canceled her show. Viacom pulled Roseanne reruns from its Paramount Network, TV Land and CMT channels.  Barr blamed her tweet on the Ambien she had taken.  She should have taken Executive Success courses instead.

4. Les Moonves Steps Down from CBS after Allegations of Sexual Misconduct

5. Kanye West’s Comments on Slavery and the 13th Amendment

Kanye West, basically supporting the position of Allison Mack and her slave master Keith Raniere, said that slavery was consensual and the thirteenth amendment needs to be abolished and slavery returned to America.

6. Pay Gap Between Mark Wahlberg and Michelle Williams for All the Money in the World

For the movie, All the Money in the World, Michelle Williams got paid $626,000 and Mark Wahlberg was paid $6.5 million. A big stink was created because his value was higher to the producers than hers.  Wussie Wahlberg donated $1.5 million to some feminist group to get them off his tail. If he had been a follower of the Vanguard he would have sued them and branded Michelle Williams with his initials. The problem is they both have the same initials.

Demi Lovato was partying with friends when she took too much heroin. Happily, one of them came prepared and had Narcan on hand and administered it to her before paramedics arrived.

Miranda Lambert started boffing Evan Falker when they went on tour together. He filed for divorce from Staci Falker.

Because the woman advocate, one of Harvey Weinstein’s accusers, Asia Argento, was accused of having sex with Jimmy Bennett, who was 17 at the time of the assault in 2013, she agreed to a $380,000 settlement to keep it hush hush. Her boyfriend at the time, Anthony Bourdain, paid $250,000 of the settlement. Following his death and the breaking of the story, Asia refused to pay the remainder. Bennett filed a sexual assault claim with the L.A. County Sheriff’s Department.

Lethal Weapon star Clayne Crawford was accused of emotional abuse and creating a hostile work environment. He got fired.

Drunken Ben Affleck’s girlfriend, Saturday Night Live producer Lindsay Shookus, broke up with him. He then went with 22-year-old Playboy model Shauna Sexton.  He also drank alone, barely ate and stop showering. Ex-wife Jennifer Garner convinced him to do in-patient rehab. He dumped Sexton after he sobered up. It is not known if he started showering.

When Ben sobered up he got tired of Shauna Sexton cheeky attitude. 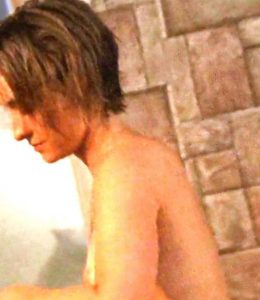 In April 2018, former Smallville actress Allison Mack was arrested and charged with sex trafficking, sex trafficking conspiracy and forced labor conspiracy for her involvement with the organization, NXIVM. She reportedly recruited women to join NXIVM and then used blackmail to force them to engage in sexual acts with the founder Keith Raniere. She has pleaded not guilty to all the charges and is currently out on a $5 million bond.

Now I ask you really, how did Allison land at #12 and not higher?

Is it fair? Is it sexism because she’s a woman? I’m sure there are plenty in Hollywood who would say if she had been a man who branded women and blackmailed them she would have ranked higher.  The male editors of Fame 10 should be fired and donate half their salary to a feminist branding and blackmail group in Allison’s name.

As for Allison Mack saying she conceived of the branding and Keith had nothing to do with it, as Keith Raniere says, “Believe the woman.”