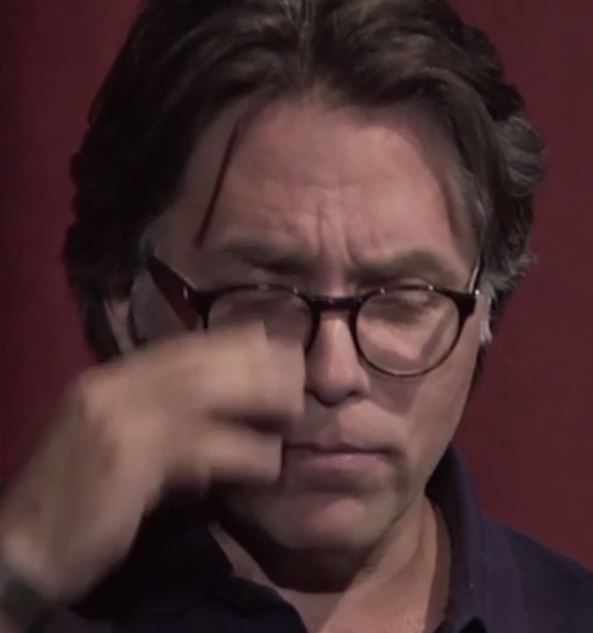 Keith Raniere, the man who headed up a sex slaver cult that required its top-tier members to be branded with his initials – who once imprisoned a young woman for 18 months because she didn’t want to be part of his harem – who ordered other members of his harem to run head-first into a tree and to drink from a puddle of ground-water – who doggedly pursued those he perceived as enemies with endless litigation – and who committed all sorts of other despicable acts – is a pussy!

At least that’s the conclusion of the other inmates in his unit at the Metropolitan Detention Center (MDC) in Brooklyn, NY – and the medical staff there – after the man who likes to be called Vanguard nearly passed out when he stepped on a sharp object and cut his foot sometime last Thursday.

Apparently still not seeing very well with his prison-issued spectacles, Raniere turned himself into a human spectacle by the way he reacted to the bleeding that resulted from his self-inflicted wound.

The half-inch foreign object that he stepped on got embedded in his foot – and had to be removed by the MDC medical staff. But the procedure caused a fair amount of bleeding – the sight of which caused Raniere to get queasy and teary-eyed.

In typical MDC fashion, the medical staff slapped a couple of band-aids on Vanguard’s boo-boo – and sent him back to his cell.

Raniere is reportedly walking very gingerly now – and looking for sympathy from his fellow inmates. None has been forthcoming.

Those who know Raniere – I mean really know the kind of man he is – will not be surprised to hear about Keith’s reaction to a small cut and some blood.

Even his own attorney, Marc Agnifilo – who has only known Raniere for a few months – has described him as a “soft” man (Many of the woman that Raniere bedded also complained about the fact that he was “soft” – but that’s another matter to be discussed at another time).

Rather than making a big deal out of a small wound, what Raniere should be worrying about is the possibility of getting a serious infection while he’s at MDC. The place is notorious for its general lack of cleanliness – and its high incidence of staph infections.

The “good news” is that those who have been worried that Raniere might off himself while he’s incarcerated can stop worrying. He clearly doesn’t have the balls to do anything that might cause him any pain.