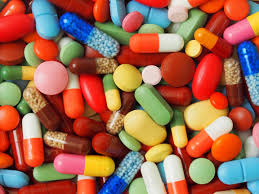 The War on Drugs is fake and the model used today in the ‘War Against Drugs” is a losing proposition for both sides of the equation and is increasing drug use in America.  Strong statement but nevertheless true.

It is not a War on Drugs, it is a War on People. More attention should be given to rebuilding relationships after addiction. Some people are more upset to see a dog whimpering than they are to see human suffering. The model used in this fake war, called ‘harm reduction’, is a false premise and fake narrative.  We will examine it here.

What is Harm Reduction?  Harm reduction is a set of practical strategies and ideas aimed at reducing negative consequences associated with drug use. Harm Reduction is also a movement for social justice built on a belief in, and respect for, the rights of people who use drugs.  –Harm Reduction Coalition

‘Reducing negative consequences associated with drug use” – no mention of helping the person get off the drugs.

This is just the first sentence of this useless model that does nothing to stem the tide of drug use.  The rest of the statements are just as looney as the first.  But nowhere in the model does it state that a solution would be to help the person stop taking drugs.  Obviously this is a scam of the highest order.

The  ‘Harm Reduction’ model addresses drug addiction as a ‘disease’ with no cure and therefore, the pain of the sufferer must be eased by giving them different drugs, free needles and places for them to do their drugs without intervention.

Drugs CAUSE disease. So, to use drugs to ‘treat’ the addiction which is caused by the drugs is erroneous and illogical.

To give a person a different drug when they are addicted to one already is not only NOT less harmful, but it is criminal.  What is the actual intent behind this?  To keep the person on drugs of course.

If the powers that be truly wanted to handle the drug problem, they would simply handle it.  The fact that it is getting worse is testament to the fact that they really have absolutely no intention of doing so.

The same things have been being done for years and what is being done is not working.  One would think that it would be time to do something different.

‘Demand Reduction’ rather than ‘Harm Reduction’ makes a lot more sense.  If the demand for something is simply not there, then we wouldn’t have a glut of that thing society.  However, the thinking of ‘legalize drugs’, legalize marijuana’, give out free needles, build injection sites so they can kill themselves while there is a custodian overseeing it is nothing more than pure idiocy.

There is literally billions and billions of dollars at stake if people get off of drugs.  If people were healthy, the drug pushers think they would have no income. Lunacy.  If they weren’t so busy making money off of killing people, in their free time, maybe they could figure out how to do something constructive.

In some parts of China, the doctor does not get paid if his patients are sick.  He only gets paid when they are well.  This is a wonderful system that keeps the population happy, healthy and productive.  It is the right way to do things.  We are doing it backward here.

Too many people are dying from this ‘War on Drugs’ with their useless ‘Harm Reduction’ nonsense.

Where is the outrage?  People are in apathy about other people.  People get more upset about how animals are treated than they do with how other humans are being treated.  That is simply unacceptable.

According to the Centers for Disease Control and Prevention, more than 64,000 people died from opioid-related overdoses in 2016, a 30 percent increase from the year before. Synthetic opioid overdoses killed 20,000 of them. Opioid overdose deaths are so numerous they have helped drive down U.S. life expectancy.

According to preliminary data from the Centers for Disease Control and Prevention, more than 72,000 people in the US are predicted to have died from drug overdoses in 2017 — nearly 200 a day.

One can easily see that the harm reduction model is a farce.  Fake science.  Demand Reduction is the answer.  Get rid of the drugs and they won’t be a problem to begin with.

Click here to post a comment
Clicky Eight: What if Keith Raniere walks free?
Neighbor of Allison Mack reports she was told they were teaching new ‘high intensity’ yoga and she might hear screams