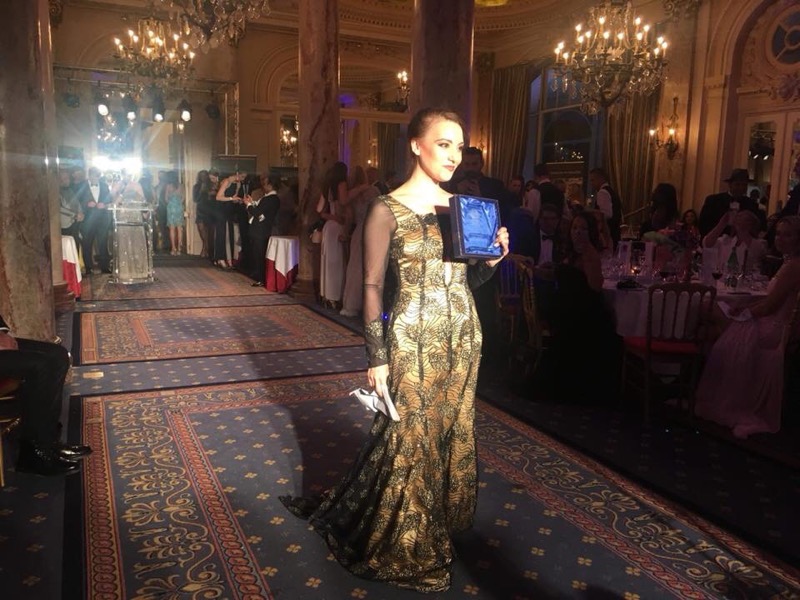 A Win for Her is a win for the Wounded Warriors

If ‘Tenacity’ were her middle name, it  would be a fitting description of Janel Tanna’s  rise in the film industry within the past year since winning the best actress award at the Niagara Falls International Film Festival.  Last year, not only did she garner 25 awards and nominations in the  film festival circuit, but this year is proving to be no different for this hard working woman.

Not resting on her laurels, Tanna has walked in fashion shows including the Paris Fashion week, acted in more films, and won prestigious awards such as the ‘Acting Rising Star Award’ this past May in Cannes France at the global short film awards.

She just shot a feature film with Linda Palmer as Director (Director of the award winning Sienna’s Choice) and in December will be filming a story about the opioid epidemic which should be ready for the film festival circuit this year.  Not only is she an artist but her art tackles the toughest subjects of the day.

Says Tanna, “Winning the Maxim Covergirl will be a great honor, but through this honor I can support the Wounded Warriors which will make it all worthwhile.   I want to support them because they enable us to have our freedom and live in this great country as safe human beings.  Vets need all the support they can get for all they have done for us.  They have put their lives on the line for us, let’s give back to them.”

Having made it into the finals of Maxim’s cover girl selection, Janel was picked to be among the top 12 out of 33,000 models from around the world. Vote for her here and help the Wounded Warriors at the same time:  https://maximcovergirl.com/2018/janel-tanna

ArtVoice would like to give a shout out to our hometown gal and wish her all the best in her aspiration to becoming Maxim’s Covergirl and invite you to help her and the Wounded Warriers  by clicking the link and voting for her before Thursday night.

If she wins, she will get on the cover of Maxim in January and get photographed by world renown celebrity photographer Gilles Bensimon who was the International Creative Director and Head Photographer of Elle magazine and has a bevy of beauties in his portfolio such as Claudia Schiffer, Naomi Campbell, Linda Evangelista, and Gwyneth Paltrow to name a few.  She will use the cash prize to make her next feature film inspired by a true story about a very important social issue that women face.

If her last film, ‘Sienna’s Choice’ about end of life care and won over 30 awards and nominations all over the world is any indication of her work, you won’t want to miss her next one.