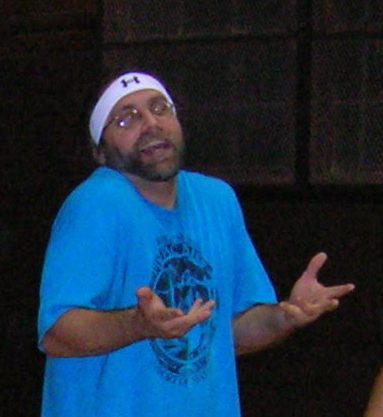 Even though it’s unthinkable that Keith Raniere might get acquitted of all charges and simply walk free next yea…What if he does?

What if Clare walks too?

What would Keith and Clare do after walking free?  Many people think they’d go right back to funding and recruiting for NXIVM as though nothing has changed, but is that really possible?  Nope. It’s not.  NXIVM is finished as an organization that can actually ‘recruit’ and ‘raise funds’.

There’s way too much negative press – and way too many negative stories online – regarding the perverted acts of sexual deviants.  Who the fuck is gonna attend an intensive now?

Keith can’t just use a ‘new’ name for his organization either.  Why?  Because Raniere’s personal name is just as toxic.

He can’t just remove his personal name from the new organization either, since without Keith Raniere’s reputation as “the smartest man in the world” the organization won’t have anything to suck people in.

After all, they can’t promote Clare Bear (aka ‘the dunce’) as being the head of the organization. Why?  Because not only is she uglier than a mule, but she’s also dumber than a box of dirt.

What about Allie Mack?

Allison’s name is as toxic as a dirty bomb. 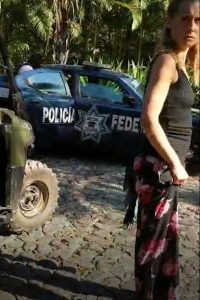 Her recruiting days are over since no matter what happens at trial — regardless of whether she’s acquitted or not — the public will forever view her as a sick and twisted sex slaver.

So, how exactly would a ‘new’ NXIVM flourish under these circumstances? It wouldn’t.

Clare Bear would basically have to pay for everything herself for the rest of her life, with no funds coming from new recruits or intensives ever again.  It would be a skeleton organization with just Keith, Clare Bear, Allison, Clicky Nine and probably 2 or 3 dozen of their closest minions as members — kinda like a “pretend organization” where Clare pays everybody’s salaries for life.

That might work for a few months or a year, but sooner or later, Clare will get sick of paying for everything.  It’s well known that Clare was already getting angry at having to pay so much of NXIVM’s expenses even BEFORE it collapsed and lost all its income sources.  Clare would, therefore, not likely be willing to waste her entire fortune funding a ‘new’ NXIVM which had no income sources other than her.

For Clare, part of what she loved was aspiring to be a “respected leader” of a large and legit organization — which she finally achieved last year via her LEGATUS promotion.

However, the term “Legatus” just won’t have the same ‘status’ WHEN the organization has shrunk down to just a couple dozen minions.

What about Salinas and Betancourt?

Those guys would never go back to Keith and Clare ever again. Their own family names are already tarnished in Mexico — which is why both guys are doing everything they can to create ‘space’ between themselves and Raniere.

The Mexico operations will never again be resumed with Keith at the helm since his name is too toxic there.  Keith might have a few minions in Mexico who will stay loyal to him, but the bigwigs in Mexico aren’t coming back to Keith ever again since there’s no upside to it.

The way I see it, if Keith gets acquitted and walks free — he’ll probably be taken care of by Clare for maybe a year or two, while they both con themselves into thinking that NXIVM can be revived. After a while though, Clare will get sick of footing the bills for Keith’s sex romps with those few female minions who remain loyal to him.

She’ll likely get tired of paying for everything and eventually cut him off financially and leave.

Allie Mack will likely be stuck working at Taco Bell since no respectable company would ever hire her again. Her acting days are over and her sponsorship days are gone too.

Clicky Nine will likely get work waiting tables and cleaning toilets at a Vegan Eatery.

Pea Onyu will likely get committed to a mental hospital after trying to stalk Keith —- after he calls the cops to report that he’s never even met this crazy fangirl who keeps showing up at his front door pretending to know him.

Correspondence from readers – from Gorean Lifestyle to Wife who forced husband to get her name tattooed above his crotch
THE FAKE ‘WAR ON DRUGS’ AND WHY DRUG ADDICTION IS ON THE RISE.
Comment