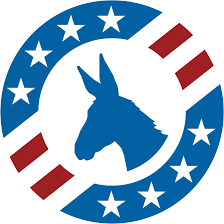 History will record that, by narrowly taking control of the House of Representatives in 2018, the Democrats avoided what could have been a catastrophic defeat, engendering fratricidal warfare among leftists. Democrats lost most of the marquee match-ups in this year’s midterms, they lost ground in the all-important Senate, and they remain the minority party at all levels of government except the U.S. Congress. Nonetheless, Democrats feel like winners, and the media portrays them as such, and those two facts in themselves represent a kind of victory for the Left, given the peril it was in. In politics, as in life, perception is (nearly) everything.

The Democrats should not rest on their laurels, however, because possession of a majority in the House of Representatives brings with it many disadvantages, and it conveys remarkably little power. Republicans, lest we forget, have controlled the House and the Senate since 2014, and they managed few substantial legislative accomplishments, beyond a modest tax cut and the elimination of the Obamacare mandate. How much less will Democrats accomplish with a very slender majority in the House and a hostile Senate to deal with? Indeed, the only way that Pelosi and company could achieve anything substantial is by working with Senate Republicans and with President Trump – and nothing would discredit the Democratic leadership in the House more quickly and more irredeemably in the eyes of hardcore leftists than a willingness to do business with Mitch McConnell and Donald Trump. Legislatively, therefore, the Democratic House seems destined to be a total bust.

Democrats comfort themselves with the notion that, even if Pelosi and her narrow House majority can’t produce any consequential bills, they can produce investigations and hearings. This prospect makes liberal media elites and left-wing activists salivate, because they imagine that every member of the Trump administration, not to mention the Trump family, is knee-deep in illegality. Surely, therefore, even the most cursory glance at the evidence (tax returns, of all things!) will cause the Trump administration to collapse like a house of cards.

The problem with such reasoning is that this supposedly monstrous and endemic illegality has only ever existed in liberals’ fevered imaginations, and in any case the vast majority of Americans, despite their doubts about President Trump, do not favor impeachment, which is clearly the direction in which most Democratic House “investigations” will point. Recently-elected Democratic members of the House, most of whom are from very competitive swing districts, will be even less enthusiastic for investigations and impeachment proceedings than their constituents. The hearings that a Democratic House will convene, therefore, while they may produce compelling political theater for Trump-haters with a great deal of time on their hands, are unlikely to change fundamentally the nation’s political dynamics. Trump has already been raked over the coals – by the media, by politicians on both sides of the aisle, and by leakers in his own administration. That some committees of the House will now be added to the long list of Trump’s enemies is a prospect that the President should view with equanimity. After all, the “Deep State” has already thrown everything it’s got at Donald Trump, and he’s still standing. There’s little more, seemingly, that House Democrats can do.

Worse still for Democrats is the fact that their unending and multifaceted critique of President Trump and his administration will inevitably grow tiresome, especially for middle-of-the-road and independent voters. Democrats will appear to be persecuting the President, and obstructing his initiatives based solely on spite, which is a dynamic that many a president has used to his political advantage. Harry Truman proved that a “do nothing Congress” is a magnificent foil for a president to run against. Even better, though, is a Congress, or in this case a House of Representatives, distinguished by nary an accomplishment except an excessive and unprecedented loathing for the Chief Executive. President Trump, if he is wise, can easily capitalize on the opportunity that this loathing presents.

In this light, we should recall that the president-versus-Congress dynamic helped Presidents Clinton and Obama to win re-election. Both of those presidents led their party to electoral disaster in their first midterms in 1994 and 2010, respectively. Those shellackings, though, ultimately redounded to the president’s benefit, since holding the line against the perceived excesses of a Republican Congress gave Clinton and Obama a new lease on life – and gave voters a compelling reason to retain them in office. Arguably, in fact, for Clinton and Obama, initial midterm losses were the precondition for long-term success.

All in all, Democrats should have been careful what they wished for in 2018. A slim majority in the House of Representatives affords the Democrats a reprieve from the inevitable reckoning that their party faces between the Left and the Center, yes, but it also confronts them with a host of new problems.

Democrats must keep their constituents happy, despite the fact that they will be unable to produce any legislative accomplishments; they must, to a minimal degree, work with Mitch McConnell and Donald Trump to govern the country, despite the fact that their base despises both figures with an unholy passion; they must satiate the Trump-haters with a litany of investigations, and somehow they must mollify these same zealots when these investigations fail to produce the removal of President Trump, which is the only standard of success that many leftists believe in; and, finally, they must share center stage in American politics and accept their own measure of scrutiny and blame, when up to now it has been exclusively the Republicans who have borne the burden of leadership.

If the Democrats had taken the Senate in 2018, they at least could have successfully blocked President Trump’s future cabinet and judicial picks. With a narrow House majority, they can’t even do that much.

2018, therefore, may emerge as the definition of a Pyrrhic victory for Democrats. Their glory may be short-lived, and their frustrations immeasurable.

Comparisons Can Be Made Between American Freedom Riders and Central American Migrants
OUR PRESIDENT IS IN CHARGE…LET THERE BE NO DOUBT…”WAY TO GO MR. PRESIDENT”!