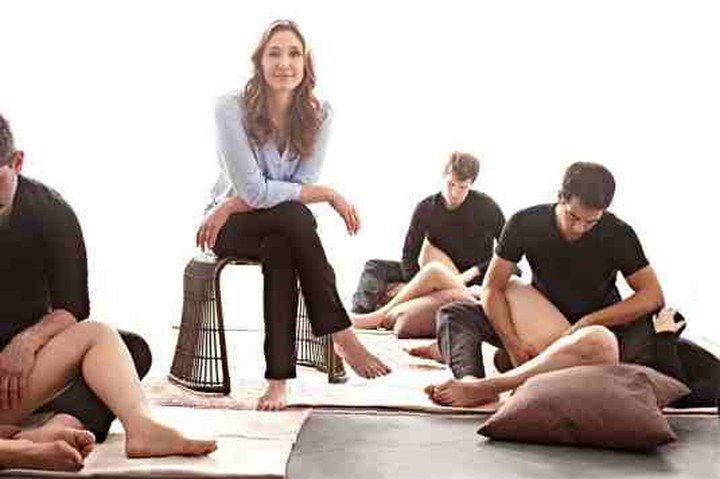 The investigation is said to be connected with potential sex trafficking, forced labor and racketeering.

OneTaste method is to seek attractive women who open their legs for various men who in turn pay large sums of money to be able to insert their rubber-gloved finger into their clitoris and stroke them for 15 minutes, three times daily.

The women are often rented to wealthy men and couples for $10,000 per month, but the women do not get the money, the company does – since the company charges exorbitant fees for classes for the women to learn how to orgasm better.

The FBI has been interviewing people connected to this sex cult.  A spokeswoman for the FBI declined comment.

A spokeswoman for OneTaste said the company has not heard from the FBI.
OneTaste was founded in 2004 by Nicole Daedone, who claims she learned the masturbatory practice from a Buddhist monk who fingered her on the spot at a party.

Women who are fingered are called strokees. The men wearing rubber gloves are strokers. They stroke [called clitoral stoking practice] for 15 minutes per session – three times a day – [5 hours weekly]. The women are sometimes fingered in public.

OneTaste, like NXIVM, may have arranged fake marriages to keep attractive women in the USA.

Women are taught that is spiritually evolved to have sex with high-paying, well-to-do men in the group. Women are encouraged to get men to pay for their expensive “intensives.” which sometimes leads men to reportedly rent the women as live-in sex slaves at their homes  Men pay up to $60,000 per year for membership and gain access to the women.

Women soon get accustomed to various men stroking their clitoris with a rubber glove three times every day. The cult’s  “aversion” teachings indoctrinate women into the belief that if they find a man repulsive – all the more reason they should spread their legs and allow him to finger their clitoris.

One Taste allegedly ordered paid staff and members to engage in sexual acts with each other and prospective customers, for enlightenment and make more sales. It is believed to be a Multilevel Marketing commission structure so that the promise of making money is always held out to the women as a carrot – as they get more and more entrenched in the lifestyle of a sex worker.

Meantime, the FBI is seeking out potential victims and witnesses.