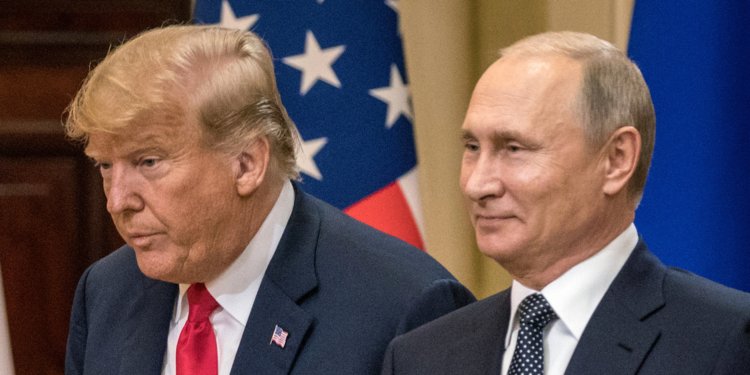 On both sides of the political aisle, Trump’s summit with Vladimir Putin in Helsinki has been cast as an utter failure. To his critics, the president appeared timid, unsure, ill-informed, subservient, and generally out matched by the Russian tyrant.

Yet no one should have been all that surprised by his posture and delivery. Trump is a nationalist. So is Putin. Trump only cares about the success of the United States. Putin only cares about the welfare of Russia. As far back as 2007, Trump told Larry King on CNN, “Look at Putin — what he’s doing with Russia — I mean, you know, what’s going on over there. I mean this guy has done — whether you like him or don’t like him — he’s doing a great job in rebuilding the image of Russia and also rebuilding Russia period.”

In 2011, he reiterated his admiration when he said, “Putin has big plans for Russia. He wants to edge out its neighbors so that Russia can dominate oil supplies to all of Europe…I respect Putin and Russians but cannot believe our leader (Obama) allows them to get away with so much…Hats off to the Russians.”

Moreover, Trump is anti-Islam. Has there been a modern leader who has been more anti-Islam than Vladimir Putin? Just as Trump opposes the decline of Christianity and the loss of influence it has over culture, Putin has done more to revitalize Christianity as a state religion in Russia than any other leader of the past century. On that issue, there is no daylight between them.

Another similarity regards their attitudes towards the press. Trump views the press as a military branch of his administration or an adversary to defeat. Similarly, Putin has targeted journalists and newspapers as a way of controlling the masses. As Trump rants about fake news and targets individual reporters, the Kremlin is busy censoring anti-Putin sentiment and assassinating reporters. In 2015, on another cable news program, Trump excused Putin’s attacks on journalists. “He’s running his country and at least he’s a leader, unlike what we have in this country…I think our country does plenty of killing also.”

As I see it, Trump is not Putin’s lapdog. Instead, Trump views Putin as a powerful leader, beneficiary, fellow nationalist, co-defender of Christianity, and kindred spirit. Given the symmetry of their beliefs, convictions, and goals, his performance at the summit was predictable. The British historian, Simon Sebag Montefiore, has written: “Trump wants to be the first American tsar. With his hero worship of Putin, his admiration for the apparent omnipotence of the Kremlin, schoolboyish crush on Putin’s gangster swagger and his contempt for democracy, Trump wants to rule with his family, taking decisions purely because he’s right about everything like a tsar.”

I have to agree with Montefiore. One thing is for sure, it is incontrovertible that Putin helped Trump win the 2016 election. If not for Moscow’s highly sophisticated campaign of subversion, hacking, disinformation, and bribery, there is no way that Donald Trump would have beat Hillary Clinton. He lost the popular election; without Russian meddling, he would have lost the Electoral College as well.  That is the bottom line. Although Trump can’t say it in public, he knows the truth: dossier or not, he is indebted to Vladimir Putin for everything that he has accomplished as POTUS.

A JUSTICE THAT HEALS: A REPORT BACK FROM THE 2018 INTERNATIONAL RESTORATIVE JUSTICE CONFERENCE
Comparisons Can Be Made Between American Freedom Riders and Central American Migrants