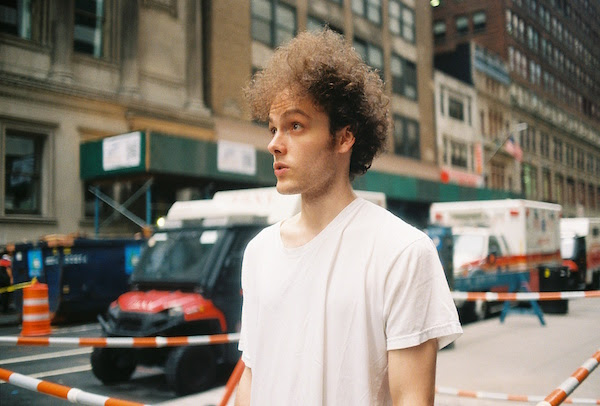 “Sunrbnd” is the second single off Gabe’s upcoming album, Love & Espionage.
With Massive Attack vibes and an unrelenting saxophone solo line, “Sunbrnd” leans on early 2000s pop punk layered vocal lines and multiple textures blended together to create a synthetic (but also intimate) track about losing love, and running away.
Gabe Greenland is a Brooklyn-based singer, songwriter and producer from Los Angeles, California. Influenced by a disparate hodgepodge of west coast icons such as Stephen Malkmus, Flying Lotus and Russell Westbrook, Gabe Greenland combines a deep knowledge of hip-hop production with modern punk-influenced slacker emo to create a personal brand that is both familiar and unique.
“Between the 90s Elliott Smith-style bummer guitar, the glossy, upbeat Pharrell-style 00s bounce-pop and the personally honed emotive sax tone, nobody sounds like me. I sound like many, but nobody sounds like me.”   –  Gabe Greenland
“Sunbrnd” was released across all digital and streaming services on November 14th, 2018.