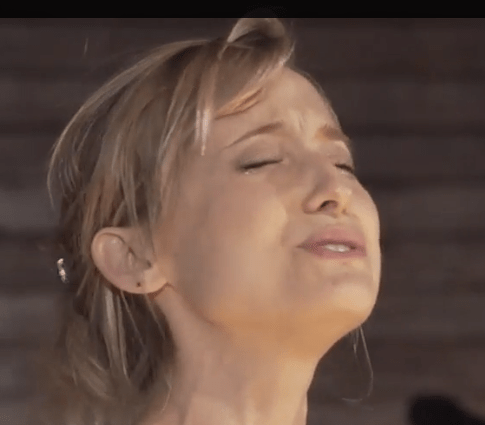 By Shadow State 1958
We are coming up to Black Friday and the Christmas shopping season. Millions of Americans will pour into stores to buy gifts for family and friends. Children’s faces will light up in anticipation of the gifts Santa will bring.
Most of us will shop in comfort and security.
I, for one, will visit with friends at the local diner and share food and conversation.
“How about those Bears?”
Later, I will drop by the library to check out the new books. Maybe I will drop by Starbucks.
At no point will I feel threatened or the target of scorn or ridicule. And no one will feel threatened by me.
No one will feel that I am about to burn my initials into their skin. No one will worry about me recruiting women into a sex cult.
Until recently, Allison Mack enjoyed such an existence.
If anyone recognized her, it was as an actress in a long-ago TV show. And people who recognized her trusted her. No one feared her. No one saw her as a snake in the grass.
And then the Horror stories came out. Stories like Edgar Allan Poe would write. Stories of women screaming late at night. Screaming in pain and agony and terror.
Stories of a house in middle class America turned into a torture chamber.
Stories of women turned into sex slaves.
And rumors of female children being recruited and groomed into sex slaves. And rumors of young women being hooked on drugs so they are compliant and docile.
And the worst part of the stories and rumors is that an ongoing FBI investigation reveals that many of them are true or have a basis in fact. And all the stories and rumors trace back to Allison Mack.
This sex cult had nothing to do with love or sex. It was motivated by Mack and her boyfriend’s lust for power and control.
Mack and Raniere lusted not for sex, they were drowning in sex, but for power. And to that end, Mack and Raniere were even willing to terrorize a community. And now the chickens are coming home to roost.
Allison Mack is awaiting trial under house arrest.
Her behavior is so beyond the pale of civilized conduct that she serves as a magnet for sociopaths almost as disturbed as her. This story is what the Hindus call Karma. What goes around comes around
Allison Mack is starting to feel some of the terror she inflicted on others.
Ms Mack is the author of her own misfortune.
And if/when Ms. Mack is convicted, she will always be known as  a sexual predator.
A danger to the community.
Nathaniel Hawthorne wrote the “Scarlet Letter” about a young woman forced to wear a scarlet letter A for Adultery.
Ms. Mack will wear the Scarlet Letters K-R-A-M.