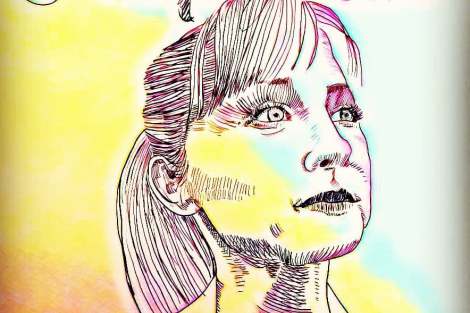 By Shadow State 1958
LIES, LIES, LIES
For months, the NXIVM Propaganda Machine has churned out lie after lie that the DOS slaves were all consenting adults.
A lie parroted by Clare Bronfman’s armies of lawyers.
All of a sudden, 150 young American women were so enraptured by the charm of Keith Raniere and the charisma of Allison Mack that they all lined up to be branded and put on dog collars to be sex slaves of The Vanguard and his ever loyal Pimp Mack.
To this day, NXIVM’s Flying Monkeys spread this lie as if NXIVM DOS was just a version of “Pretty Woman” with Keith Raniere as Richard Gere and Allison Mack and her slaves taking turns as Julia Roberts.
It was all a big line of cr@p from NXIVM’s Army of Lying Liars.
FYI — consent obtained by force, fraud, deception, and blackmail is NULL AND VOID or didn’t Clare’s armies of lawyers learn that in law school?
Until a few days ago when a NXIVM informant for the gossip site Crazy Days and Nights (CDAN) could stand the lies no longer.  In an explosive email this informant ripped the covers off the NXIVM DOS lie.
____________________________________________________
TRUTH, TRUTH, TRUTH
In an email with the subject line “lie, lies, lies” this informant suggested to CDAN that NXIVM DOS ran like most sex trafficking rings in America.
NXIVM slaves were expected to gratify the sexual demands of Master Vanguard and Mistress Allie, aka Pimp Mack.
Mack took over the job as the previous pimp Pam Cafritz slowly died of cancer.
Apparently, Ms. Mack had developed a taste for cunnilingus.
https://i2.wp.com/frankreport.com/wp-content/uploads/2017/10/Funny-image-2.jpg?resize=1024%2C1024&ssl=1

Those slaves who did not comply were subjected to a range of punishments including:
And in extreme cases, there are claims of slaves being force-fed psycho-active drugs.
All this is how standard sex trafficking rings operate.
Sex trafficking and drug trafficking commonly go together like peanut butter and jelly.
Of course, the lazy Raniere did not impose the punishments. That was too much dirty work for Raniere, the world’s smartest man.
That was left to Raniere’s female pimps, who over the years performed brutal acts with great gusto.
Which scenario is more believable?
The NXIVM candy-coated pablum of putrid lies?
Or the scenario based on how sex trafficking rings really operate in the real world?
Blind Item #8
Over the last couple months, what seems like the last remaining insider in the NXIVM scandal has basically shut down communication with everyone, including me. What were fairly frequent emails has turned into infrequent screeds and links to positive thinking news articles and message boards. Then, two nights ago, that changed when the insider was ticked off. Lies, lies lies was the subject line and for two paragraphs, the insider described multiple times that the former almost network actress forced women to have sex with her and then would hold them while the leader had sex with the woman. Other times, the leader would force our actress to have sex with another woman in front of him and would give instructions. If the instructions were not carried out, the actress would make the other woman do as she was told. On multiple occasions, the other woman was the celebrity offspring of this actress. In addition, our insider said that if the actress thought someone was not doing a good enough job of pleasing her or the leader, she would subject the woman to hours of instruction which was confinement and isolation and denial of food until they became more compliant. If there was a woman that the leader really wanted to have sex with but was not being compliant, the actress would force feed her drugs, often addictive drugs to get them hooked. If the addiction would get out of control, the subject would be put in isolation and forced to go cold turkey for days. This cycle would often play out multiple times.
***
https://www.crazydaysandnights.net/2018/11/blind-item-8_20.html?m=1