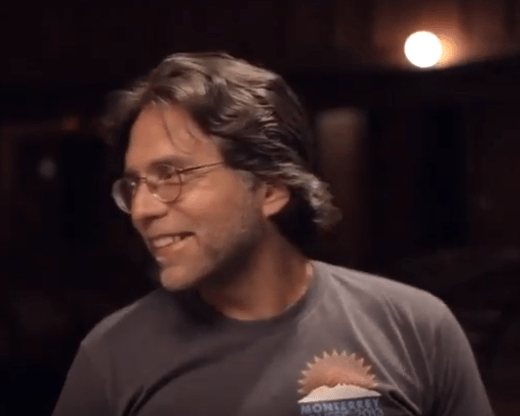 There is destruction in his path wherever the Vanguard goes.

His attorney, Marc Agnifilo is seeking to pit two family members against Jane Doe 4, the woman who spent 18 months in a room at 12 Wilton Court in Clifton Park – because she would not join Raniere’s harem.

Agnifilo is trying to parade a number of Mexican witnesses – DOS slaves and masters – before the jury. If he can get safe passage to America and back for them – he proposes to bring them to court – if not he wants the judge to approve that they may testify from Mexico via closed circuit television.

Both family members may be sisters – and may be First Line DOS slaves.

Many readers know the identity of Jane Doe 4 because her sisters are prominent members of NXIVM. I am choosing not to identify Jane Doe for her privacy.
Jane Doe 4 father may also be one of the two family members Agnifilo wishes to call – to impeach his own daughter.

The Government alleges these acts “stem from years of abuse of an illegal alien living in Clifton Park, New York who was at one time a member of Raniere’s inner circle and a sexual partner of Raniere’s, in part to extract work from her.”

The Government alleges Jane Doe 4 “was confined to a room as punishment after she developed romantic feelings for a man who was not Raniere.” That man was Ben Myers, now married to Michelle Salzman.

Agnifilo claims he has “thousands of emails and handwritten notes from this adult woman show[ing] that
this woman willingly stayed in her unlocked bedroom for a year and a half to work on many issues, such as the fact that she would constantly steal from people in the community. In addition, she lived in the house with her family, who bought her fresh food and prepared her meals for her. Incredibly, and what the Government conveniently leaves out, is that her mother stayed in the room next door to the
woman for nearly a year, also entirely of her own volition….”

Jane Doe 4 has told me her mother entered the adjacent room and voluntarily confined herself as penance – to help persuade Jane Doe 4 to do what Raniere wanted her to do.

The mother did not know that Raniere wanted her daughter to be in his harem. [She later found out and left NXIVM].

The NXIVM community – to the extent they knew Jane was being punished – was told she had various issues. They were told she refused to do work Raniere trained her to do – that work being computer hacking – in league with Ben Myers.

Keep in mind that loyal NXIVM members would not find computer hacking unethical because it is for the mission.

However this had nothing to do with Jane’s confinement – according to what Jane Doe told me – long before she spoke with the FBI.

Jane was kept in her room simply and solely because she refused to be part of Raniere’s harem. For being in his harem meant she could never be with any other man, never marry, never have a husband, never a family – while he could sleep with any number of women – including her sisters.

He ordered her confined to her room until she agreed to his selfish demand. The real truth was hidden from the community at large. Jane herself could not divulge the reason, for she did not know what punishment he would mete out if she told others. Besides she was sequestered and everyone was forbidden to speak with her.

Agnifilo writes that “Jane Doe 4’s family members would testify in court and provide firsthand knowledge that prove the falsity of the Government’s allegation and establishing that Jane Doe 4 was not ‘confined’ in any sense of the word.”

It is true the door was not locked, but consider: Jane Does had no money. She had no friends. Raniere had persuaded her own family to keep her confined – and not speak to her -for her own good.

She was an illegal alien. If she was found by the authorities, she could be arrested or detained. Everyone was against her [for her own good, Raniere said].

The only thing she had was the hope she could outlast Raniere. That he would relent. He didn’t care. He was out fucking 20 other women. What did it matter to him if she spent a decade there?

But she really didn’t want to be in his harem. She slept with him in the past. But it was not her idea to spend her life – being one of many women. Especially as she found that she could develop romantic feelings for another man.

No, I totally disagree with Agnifilo. Jane Doe was confined in every sense of the word.

As the days became weeks and then months, why didn’t this inhuman monster free her? He did not once come to see her. He told her family she had an ethical breach but he was too honorable to say what it was. She was too intimidated and perhaps ashamed to say what it was.

The family was ordered not to speak to her. They even took her ID papers away from her.

So she was in her room. No TV, no books. No music. Just a notebook to write in – to admit her mistakes. And Raniere in control of the money and ID papers.

And you say she was not imprisoned?

Sure she probably wrote plenty that she would not consent to leave her room, this being a tacit admission that she could leave at any time – but what was not said is that if she agreed to leave it would be to go meet Raniere at his sex lair. This is another kind of imprisonment.

Perhaps if her own family were not insane followers of Raniere, who thought he was a godlike creature – if she could have simply walked out the door and called her father to come rescue her, she might not have been a prisoner.

But she had no one to go to. Even the craven Ben Myers who had once reciprocated Jane Doe’s affections vanished. He sat by passive, afraid to speak – as Jane Doe languished in her room month after month.

Jane Doe was confined – not because of locks but because she had no one in the world. Unless she agreed to join Raniere’s harem, she was confined – and this was just as real as if there were prison bars.

As the second summer of her confinement approached, Jane Doe climbed out the window a couple of times at night to taste freedom, but she had nowhere to go and no money to go there.

She left during Vanguard Week when all were away, including the dangerous Vanguard. It is true, her father dropped her off at the border with no ID papers for her to crawl back to Mexico.

The father, with another NXIVM member, drove Jane Doe from Clifton Park to the Mexican border.

Raniere had consented to allow him to take her to the border and to leave her penniless, without ID.

The father disobeyed the wicked one by giving Jane Doe a measly $100 at the border so she would not actually starve or be forced to sell herself.

Once in Mexico, still without identification papers, Jane Doe 4 sent an email to her father begging him for her ID papers. Instead of giving them to her, he forwarded the ID papers to Lauren Salzman.

Raniere decided she should not have them.

So Jane Doe 4 was not a prisoner?

Note added on to story:

After publishing the story I was reminded by someone that the government offered a key piece of information that suggests Jane Doe 4 was a prisoner of Raniere.

In the government’s opposition to Raniere’s second bail motion, they wrote, “It was on the defendant’s orders that Jane Doe 4 remained in a bedroom for nearly two years. The defendant ordered her confined to the room not because she had stolen ‘from people in the community,’ …. but specifically in order to
exercise power and control over her. For instance, in an email dated November 9, 2010, Lauren Salzman emailed the defendant [Raniere] to inform him that Jane Doe 4 had written a letter that begged to be ‘let out’ of the room because she was ‘coming undone.’ Salzman also told the defendant that Jane Doe 4’s letter had been intercepted and was not shown to Jane Doe 4’s parents because they were ‘so reactionary.’ The defendant [Raniere] wrote back: ‘You might try asking [Jane Doe 4] the difference between being in the room for a day… or as long as she has.’ Jane Doe 4 remained confined to the bedroom for another fifteen months after she wrote the letter stating that she was ‘coming undone.’ The defendant’s claim that Jane Doe 4 stayed in the room ‘entirely of her own volition,’ … is belied by the fact that the day she left the room, she was punished—as she had been threatened she would be—by
being driven to Mexico and left without any identification.”