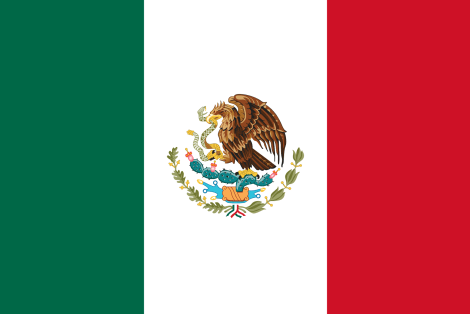 Marc Agnifilo is a formidable attorney. Relentless. Thorough. Efficient. And when he gets a witness on the stand, he can usually pick them apart.

One attorney told me today: “Just read Marc Agnifilo’s affirmation – and am now more convinced than ever that the Feds may have trouble making any of the DOS-related charges stick against anyone.”
In a recent affirmation to the court, Agnifilo seeks to have Mexican DOS witnesses testify via closed-circuit television – unless the government assures him they will not indict these women.
Agnifilo told the court he plans to call numerous Mexican witnesses. This seems to be the heart of his defense – Mexico.
He and Raniere prefer that the Mexican witnesses appear in court and provide live testimony, he said.
However, these “witnesses have reason to fear that the Government may arrest or detain them if they travel to the United States to testify,” he wrote.
Raniere, Allison Mack and Lauren Salzman have legitimate defenses against sex trafficking, sex trafficking conspiracy, forced labor, wire fraud conspiracy and a RICO conspiracy predicated on state law extortion. [The DOS charges.]
Agnifilo needs the Mexican witnesses to clear Raniere. The same is true for the attorneys representing Mack and Salzman.
Agnifilo writes, “…in order to promote these defenses, counsel must call the ‘first-line’ DOS masters who developed the tenets of the sorority…all but one of the unindicted first-line DOS masters reside in Mexico.”

The First Line Slaves, I believe, are:

Allison and Lauren have been indicted. Of the remaining six, only Nicki Clyne is in the U.S. She remains in Brooklyn and may be indicted in the next superseding indictment.
Agnifilo says his Mexican DOS witnesses will rebut the government’s theories about DOS and Raniere. They will testify that DOS slaves gave collateral “without any coercion, threats or manipulation.”
Agnifilo writes, “The evidence is overwhelming that the collateral was a function of a woman’s membership in and commitment to DOS, and nothing more.”
His Mexican witnesses are expected to testify that their sexual relationship with Keith Raniere “was entirely consensual, unrelated to their involvement in DOS, and oftentimes kept secret from other members of DOS.”
[His argument seems akin to: “I am not a rapist because I did not rape 1,000 Mexican women, I only raped two or three Americans. And I will call the 1,000 Mexican women to testify I did not rape them. As for the three who say I did rape them, I will attack their credibility and get Mexican women to say they are liars. That they wanted fantasy rape sex etc..]

Agnifilo is looking for “reasonable doubt” – and to get that, he needs a battery of happy Mexican DOS women – and to impeach the DOS victims as liars or mistaken.  He has already argued that the American and Canadian DOS victims only imagined their collateral would be released – with no basis in fact.

He has shown he will impeach the American Jane Doe #5 who claims she was blindfolded and sexually assaulted. He has claimed he has a witness who will testify that Jane Doe #5 was a “kinky” women who wanted this kind of violent sex.

In order to ensure he will have his Mexican DOS witnesses, who otherwise might be pretty frightened about coming to the US, Agnifilo has asked the Government to agree to grant “safe passage” to his Mexican witnesses.

Agnifilo further reveals how and why he intends to call his Mexican DOS witnesses:

He will call “first-line DOS masters,” who were directly under Raniere in the “DOS pyramid” and “DOS slaves” – to impeach the Government’s witnesses.

The “first-line DOS masters” are essential to the defense, he says “because each of them played a role in developing and implementing the principles of the sorority: the name, collateral (and what it should be), assignments, acts of care, readiness, and branding.”

They will testify that DOS was good. That DOS helped women overcome weaknesses and gave them opportunities to build character.

“Rather than feel manipulated or coerced, several witnesses feel that they joined a mentorship group that helped build their bond to women and gave them tools to overcome their current life’s difficulties,” Agnifilo wrote.

Agnifilo further laid out his intended line of defense as follows:

“These ‘first-line’ DOS women will testify that DOS was a goals program meant to strengthen loyalty to one another, to grow and to empower each other. Moreover, they will testify that branding was a choice and that slaves could opt out if they chose. They will also testify that they never threatened any of their slaves with release of collateral…

“The first-line DOS women will further testify that the concept of collateral was not created in DOS as it was first used in a Nxivm entity called ‘Society of Protectors.’ Therefore, these women will testify that a majority of the women in DOS, who were allegedly ‘mostly from within Nxivm’s ranks’… knew of and had used this as a tool in the past.

“First-line” DOS masters will also testify that many DOS slaves stated that they did not want to give collateral and received no negative consequences.”

Agnifilo also reveals what his Mexican lower-ranking DOS slaves will testify: that the branding was not as the American and Canadian victims have told the government:

Agnifilo sums up his need for Mexican DOS women with this simple concept:

“Raniere proclaims his innocence,’ Agnifilo writes. “Not only did women willingly join DOS but they also willingly gave collateral to their prospective masters after learning about the requirements of DOS, willingly got branded, and the ones who engaged in sexual activity with Raniere did so consensually.”

Shadow State: How many slave women were forced by Allison Mack to wear cow’s udders as punishment?
At Catherine Oxenberg’s Malibu fire-destroyed home – only statue of Ganesh – Hindu god of fortune and overcoming adversity – survives
Comment