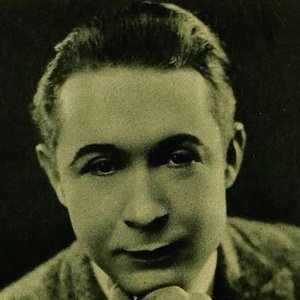 [There are some who believe Monte Blu is a genuine NXIVM member. I side with those who think Monte is a troll but I will give those who think otherwise the benefit of the doubt.]

For me, DOS was a lifestyle choice I made.  I was encouraged and inspired by my relationship with Vanguard which was entirely consensual. I was never required to be with Vanguard. I wanted to learn from his teachings knowing that women have an advantage over men in NXIVM – since they can be mentored by Vanguard in ways men cannot.

As a DOS master, I am honest. I ask prospective slaves if they would like to join an organization that will change their lives, and if so, they need to provide collateral to ensure she will keep the existence of DOS a secret.  My prospective slaves work with me to develop ideas for collateral.

Once I get collateral, I tell the woman about DOS’s mission and internal structure, then give her a choice as to whether or not she wants to join.  When informing prospective members about DOS, I explain the mission is to eradicate personal weaknesses and that her relationship with me is master and slave.

I tell my prospective slaves they are required to perform acts of care and pay tribute to me because that is what slaves do. I tell them after first collateral and before second collateral.  There is no deception.

My slaves do things like bring me coffee, run errands, make lunch, carry luggage, clean my house, and retrieve items.  These are things I can do myself but I choose to order my slaves to do these to train them. It is not for my gain but theirs.

There is no slave I recruited who does not know Keith inspired and developed the ideas and concepts of DOS even if they did not know I was his slave.

DOS helps women build their bond to women and gives tools to overcome life’s difficulties. DOS helps women overcome weaknesses and build character.  DOS seeks to uphold honor, trust and respect for women. DOS is a group of women who want to grow beyond petty attachments in the material world and become the best versions of themselves.

We understand that to accomplish this goal, we need to commit to overcoming fears and attachments to negative experiences that erode our everyday life.  We are committed to achieving this goal – the true mission of DOS.

DOS is not easy and there are moments we feel challenged. Yet we choose to remain in DOS, to invest in helping one another and commit to building character in ourselves.

As to having sex with Vanguard being a requirement, this is nonsense. When I assigned a woman to seduce Vanguard, I gave her discretion on how she would do it. It was always meant to help a slave challenge her fears, such as rejection or self-esteem issues. If she could seduce the Vanguard, she would overcome her lack of confidence, for he could have any woman in the world.  My slaves were eager to seduce Vanguard and did not feel forced or coerced to do it.

Some succeeded. Some did not.  Only Vanguard knows why he granted supreme pleasure to some and not others. If any slaves complained, it was because they failed to seduce Vanguard not because they were assigned to do so. Today they complain because they do not even get the chance. We hope this will soon end and he is acquitted.

As for “acts of care”, no one is punished for not performing sufficient acts of care. DOS women are kind people who are more giving than others. They perform acts of care to be kinder to others. Why do you think we call it “acts of care?”

I am proud I played a role in developing and implementing DOS.

I will testify that DOS is a goals program meant to strengthen loyalty to one another, to grow and to empower each other.

I will testify that branding is a choice and slaves can opt out if they choose.

I will testify that I never threatened any of my slaves with release of collateral.

I will testify that some of my DOS slaves said they did not want to give more collateral and received no negative consequences.

I will testify that my slaves willingly gave collateral to me after learning about the requirements of DOS.

I will testify that my slaves willingly got branded.

I will testify that the lucky ones who engaged in sexual activity with Raniere did so consensually.

I look forward to testifying.

I look forward to growing DOS further until it grows to what our Vanguard intends it: A worldwide movement to empower all women everywhere.

Christmas Present For The Vanguard
Agnifilo lays out case to rebut government: DOS defendants were helping their slaves
Comment