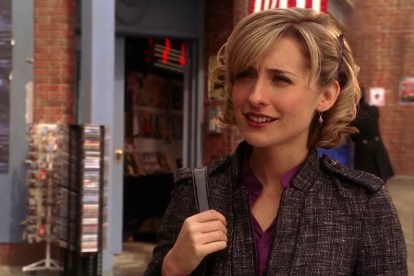 Allison Mack has been identified as a MAJOR ringleader of the NXIVM crime wave.

That’s how Raniere and Mack intended to empower women!

By having them engage in a state-wide crime wave involving fraud and identity theft and extortion!

All the indications so far have been that Allison Mack and Nicki Clyne vowed to take the fall in order to protect Raniere. And Rosa Laura Junco. As the daughter of Mexico’s version of Rupert Murdoch, she would represent a very big fish for the government to fry.

Ultimately, when we see who is arrested and charged in the next superseding indictment, we will know if any of these fish have flipped against Raniere and NXIVM.

Your NXIVM Dream has Ended.

Your NXIVM Nightmare is about to begin!

Who are the others who helped Keith Raniere and Allison Mack transport and enslave Jane Doe #5?

Who are the others who helped Allison Mack extort property from Jane Doe #5?

Nicki Clyne, I ask you – who are the others who helped Keith, Allison and Lauren perpetrate these frauds against other people? Your time is coming up to own up to your crimes.

In count after count, the indictment reads “Together With Others”.

Nicki: Tell us who those others are.

Allison Mack’s Last Tweet for a long time to come.

Agnifilo lays out case to rebut government: DOS defendants were helping their slaves
Prison is a dangerous place to be… in Brooklyn jail, inmates consumed rat poison in carrot cake
Comment