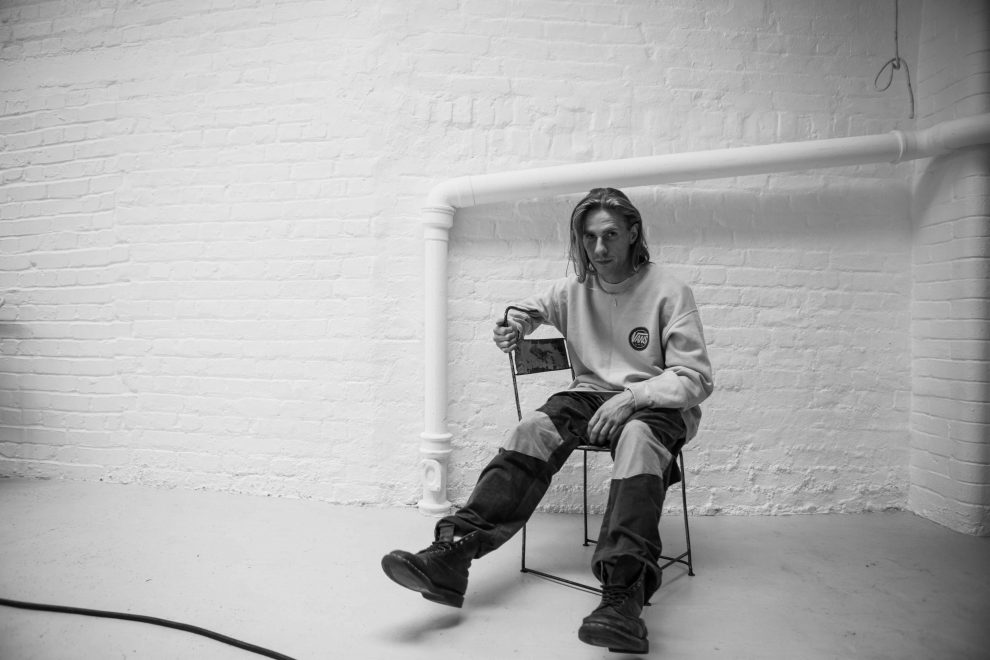 OUT OF SIGHT LP OUT NEXT YEAR ON CONCRETE DOG RECORDS

Today, London-based, alternative artist, Chelou, announces his debut album and shares lead single & title track, “Out Of Sight” on all DSPs. Yesterday, EARMILK exclusively premiered the track, praising, “Right from the start, ‘Out Of Sight’ unapologetically dives head first into a menacing intro – similar to the haunting starts of my own beloved screaming punk rock ballads of the early 2000s. But then a familiar Fleetwood Mac style guitar peeks in through the background and begins plucking away at your soul. By the end of the 3:30 long track, you’re left motionless, with raw emotions left completely exposed and your body wanting nothing else to do but hit repeat.” Out Of Sight LP is due out next year via Chelou’s own Concrete Dog Records.

“Out Of Sight” was produced by Cam Blackwood (well-known for recent work with George Ezra, London Grammar & Florence & The Machine). Blackwood invited Chelou to his studio after attending one of his shows, witnessing a rave reaction from the crowd, which included a full blown stage invasion. Over the course of a few days they worked together on “Out Of Sight,” the title track and first single off the debut full-length.

In this past year, Chelou finished his debut full length record in the studio, and was featured on tracks with Kojey Radical, released on Benji B’s Deviation label, and Maya Jane Coles’ sophomore LP, Take Flight. He also toured extensively, with festival performances across Europe, from Sziget (Hungary) to Wilderness (UK) and a long list of sold out headline shows across Europe. “Out Of Sight” has been a continuous favorite amongst audiences at these shows.

The Camden born artist has garnered a dedicated, cult fan-base from many corners of the world. Two lo-fi EPs that were self-produced and released preceded a handful of singles including viral hit ‘Halfway To Nowhere’ which has been streamed over 30 million times. He’s performed in 18 countries and 50+ cities to date. Some of his key festival appearances include performances at Green Man Festival, Bestival, Wilderness, Sziget and The Great Escape.

“With over 30 million total streams to date across all major platforms, over 60k Vevo subscribers and 98k monthly listeners on Spotify, Chelou is a highly talented musician creating some incredible music right now. He is with a doubt an up-and-coming force in the indie/alt scene to watch out for. ”
– Earmilk

“With little know about Chelou, we can only draw what we can from his delicate, jazzy guitar and dreamy, reverb-soaked vocals. Press Play!”
– i-D

“The music scene’s most mysterious new addition, Chelou, has cordoned quite the cult following since dropping his debut last year – a DIY affair drafted in the bedroom of his London home.”
– Wonderland

“He might remain a mystery, but it’s clear from the cyclic, plucky shapes and haunting echoes of his latest track that he’s a reclusive, but growing talent.”
– DIY

“Earlier this year, the rising songwriter placed a preview of his track ‘The Quiet’ online. Remarkably, it quickly went viral with fans swooning at his sparse, often quite moving artistry.”
– Clash

“Shuffling hi-hats, a warm bassline and a hummable melody—just what we’ve come to expect from this rising London producer.”
– RA

“Chelou is the unsigned London vocalist whose Halfway To Nowhere has already run up well over two million views on YouTube.”
– Red Bull Music