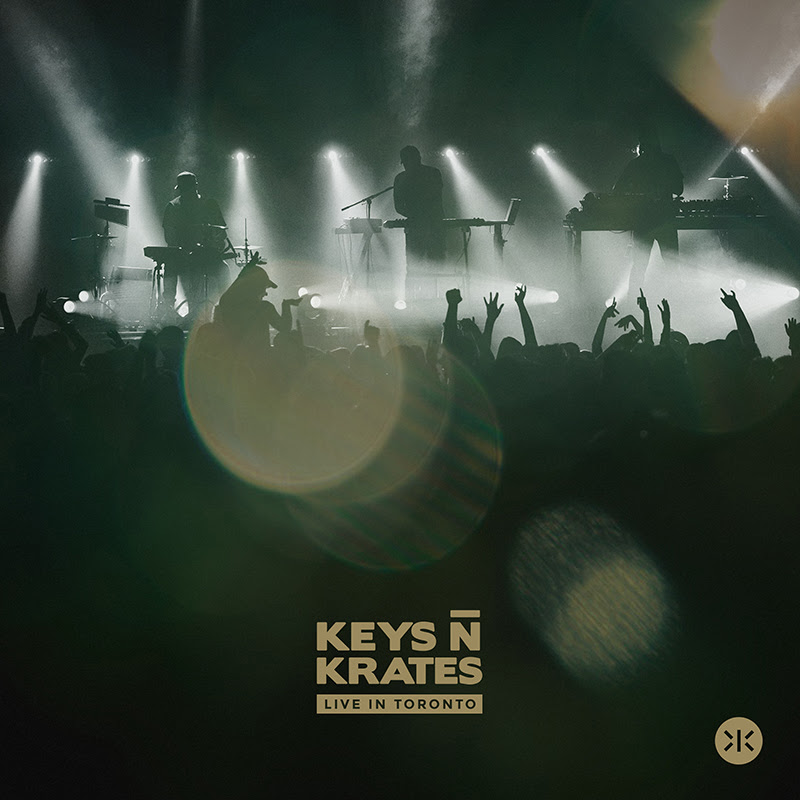 As one of the few acts in electronic music known for their innovative live shows, Keys N Krates capture the essence of their performance on Keys N Krates: Live in Toronto. Across ten tracks recorded live in their hometown, the Canadian 3-piece takes listeners on a journey through their bass-centric yet soulful catalog, including “Dum Dee Dum,” “Treat Me Right,” “Music To My Ears” and “Keep It 100.” The album arrives as the band embarks on their “Closer We Get” tour.

Speaking on the motivation behind putting out a live album, Keys N Krates says:

“It’s kinda weird that we’ve never put out a live album seeing as so many people know us for our live show but this year felt like a very pivotal year for us. We took our existing sound and added the soul and maturity we felt it was missing. We are the proudest we’ve ever been of our music and show, so it only felt right to record the final Tour stop in Toronto (our hometown) and share it.

It was also a special night because Ambré Perkins (singer of Glitter) and Leland (on the Flute!) from BadBadNotGood (one of our favorite bands) joined us on stage. We hope you guys can feel or relive the energy of this show and our new sound vibes through this recording.”

Following the November 24th Brooklyn opener, Keys N Krates play select iconic small room venues on their recently-announced “Closer We Get.” The series of intimate shows bring the Keys N Krates live experience closer to fans than ever before, concluding on December 22nd in Denver.