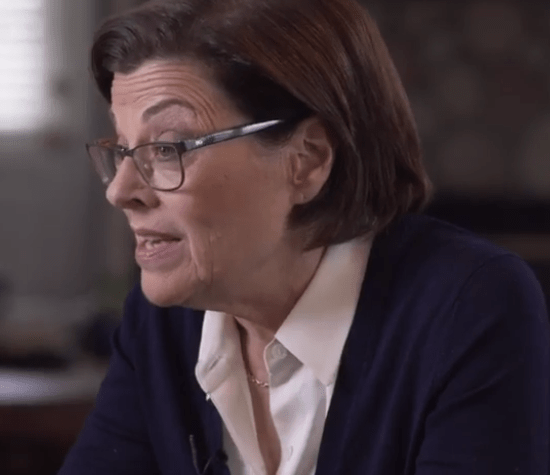 The latest filing by the prosecutors in the pending criminal case against Keith Raniere, Clare Bronfman, Allison Mack, Nancy Salzman, Lauren Salzman, and Kathy Russell seems to lend credence to the persistent rumor that Nancy Salzman is negotiating – or has negotiated – a plea deal with the prosecution.

Here are some of the reasons why I say that:
– Only three of the defendants – i.e., Keith, Clare, and Nancy – are asserting that they have any claim of attorney/client privilege with respect to any of the materials that have been seized by the government as potential evidence.

– Even though it is not a named defendant in this matter, the corporate entity NXIVM has now retained its own counsel – Michael J. Sullivan – and is now making its own representations with respect to some of the issues concerning the attorney/client privilege claims that are being asserted by Keith and Clare.

– Although Keith has often claimed that he was the co-founder of NXIVM – and although Clare has described herself as NXIVM’s Director of Operations – it is believed that neither of them has any provable ownership interest in the company and/or any documentation to show that they were ever employed by the corporation. That leaves Nancy as the one who is in sole control of what NXIVM does – or doesn’t do – in this case.

– A disagreement has apparently developed in terms of what sort of claims of attorney/client privilege Clare can assert. One example of this disagreement concerns an attorney named Jonathan Ware who worked on a variety of immigration-related matters for NXIVM-related individuals (More on him in a future post). In this regard, Clare has asserted that in her capacity as a representative of NXIVM, she is entitled to attorney/client privilege regarding all her communications with Mr. Ware. But the attorney representing NXIVM has asserted that if any such privilege exists, it is in Clare’s capacity as an individual and not as a representative of NXIVM (He also claims that Mr. Ware never represented NXIVM).

– Another disagreement has developed as to whether there are/were any “Joint Defense Agreements” in place between NXIVM and any of the individual defendants. Keith and Clare claim that such agreements exist – but NXIVM’s attorney claims there are no such agreements.

So, what does all this mean?

Well, to begin with, it appears that Keith and Clare are working hand-in-hand on all the issues that have arisen regarding their assertions of attorney/client privilege with respect to the seized materials.

But Nancy does not appear to be part of that team.

And NXIVM – which, as noted earlier, is apparently under Nancy’s sole and absolute control – is disputing at least some of the claims being asserted by Keith and Clare.

Whatever is going on should get a lot clearer next week. That’s because the Magistrate Judge who is overseeing this aspect of the case, the Honorable Vera Scanlon, has scheduled a Status Conference at 3:30 PM on Tuesday, December 4th, to hear arguments from all the affected parties about any issues concerning attorney/client privilege claims.

That could be the start of a really bad week for Raniere. Because on Thursday, December 6th, he – along with all his co-defendants – will be appearing before Judge Nicholas G. Garaufis at a Status Conference concerning the criminal case itself. And if Judge Garaufis has not already done so prior to that date, he may issue a ruling on Raniere’s pending bail motion at the December 6th conference.

Who knows? Judge Garaufis may even play Raniere’s now-infamous YouTube video – which was part of his bail application package – in open court.

That would certainly guaranty a full courtroom…

Click here to post a comment
Shadow State: Allison Mack is a pervert herself
Albany Defense Attorney With Big Ears: New Filing gives one more reason the trial will never start on March 18