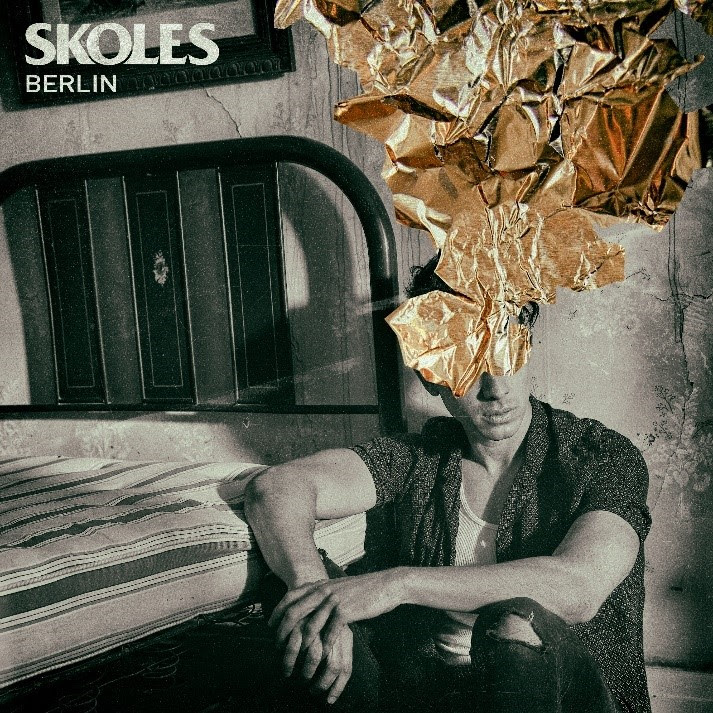 “Berlin” follows the British singer, songwriter, producer and multi-instrumentalist’s debut single, “Am I Going Too Crazy?.”

Written with multi-platinum selling songwriter Lindy Robbins, SKOLES explains the inspiration behind “Berlin,” saying, “I wrote the song in a place of massive uncertainty, as I’d essentially lived out of a suitcase for three years at this point. I kept saying that I wanted to run the fuck away from everyone and see what I felt like when I just STOPPED moving. The day I wrote this song, I almost called and cancelled the session with Lindy. As a songwriter, that’s like playing Madison Square Garden; you don’t cancel on Madison Square Garden. My producer, Ben Greenspan, was wearing this jacket that he got touring in Germany, and Lindy was just about to leave for a writing trip to Berlin. I listened to them talk about how amazing that city is, and I was like ‘oh shit, maybe I’ll go to Berlin.’ An hour later, we had this whole song based around this idea that I was going to disappear somewhere and not tell anyone. It’s a special song to me because it’s the literal version of that simple impulse to say ‘fuck this, I’m OUT.’”

Formed in 2017, SKOLES is the moniker adopted by up and coming artist Jack Edwards. Hailing from a no-traffic-light town in south-east England, Edwards taught himself how to play guitar as a child, and by college, he had caught the attention of management and was invited to open for Christina Perri at the O2 Shepherd’s Bush Empire—his first ever gig of his own music. Soon, Edwards found himself living in his manager’s office in Los Angeles for months at a time and working as a songwriter for artists such as Charlie Puth. However, it felt short-lived when he returned to the UK. Edwards took a job as a high school janitor for four days a week, describing the experience as “a reverse Good Will Hunting, which is a sh*t film backwards.” It was during this time that he began to write, record and produce music on his own. After a time in the group Wild Wild Horses, Edwards began composing music alone, crafting a vision that is inspired by Yeezus as much as it is by Tame Impala’s Currents. The result is an unusual combination of spacey instrumental subversion, soulful vocals and entrancing energy; think “The Weeknd on acid,” and you’re halfway there. “Berlin” sets the stage for new music to come in 2019.