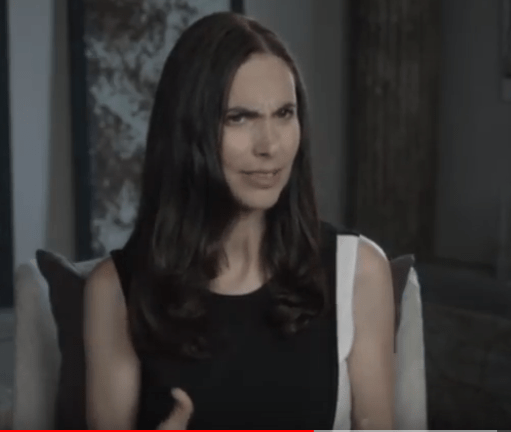 Pam Cafritz is from a DC society family but didn’t bring much of a “dowry” (so to speak) into the cult.

Pam was more of a repository for Keith Alan Raniere to stash money in her name — money that she was little permitted to access herself while alive. She was also very pretty. I don’t think the money was what caught KAR’s eye with Pam.

When Keith et al’s first Multi-level Marketing (MLM) operation, Consumers’ Buyline, was busted by dozens of state AG’s, the top-tier (including Pam, I believe) agreed with New York State AG never to run an MLM again and pay a fine. That’s when KAR became “a renunciate” and started using the girls to be his front (partner) in business and hide assets in their names.

My firm theory is that KAR intended his human pyramid “partners” like Pam to: shield himself from:

– Shield him from criminal liability including violating the NYS AG agreement.

– Shield him from tax liability (Pam assumed that liability on the $8M, while alive anyway.).

I don’t know if KAR “inherited” the $ from Pam, per se. Seems Clare Bronfman got tangled up in it as an executor or signer — a shield to thief the $ for Keith’s, their daring escape, and to evade US taxes.

I wondered why Clare never demanded this stashed money if she knew about it, when Keith was repeatedly promising Clare that he would repay her the $65+ million in “loans” all these years. And what excuse Keith had for not letting Clare in on it in partial repayments sooner, before Pam’s untimely death.

Pam might have had more incentive to recruit the minors for sex with Keith as her net worth grew.

Very disturbing that none of that $$ went toward her or Barbara’s Cancer treatments.

There have been rather recent, radical changes in inheritance tax laws.

Starting from about just before the time Pam passed, “inheritances” are not taxed. But I don’t know about prior taxes owed, if that comes out of the deceased’s estate off the top.

I’ve thought a lot about this cryogenic thing where Keith et al wanted to freeze Pam’s corpse or at least her head. The first thing that occurred to me when I heard that, knowing KAR, was that they might try to argue Pam’s somehow revivable, not dead if frozen. And Pam, not Keith, is somehow still liable in her frozen “not dead” condition for the taxes.

Few of these poor girls have any idea what lengths Keith et al would go to to divert the blame on to them, dead or alive!

Click here to post a comment
The NXIVM legal team “house of cards” is falling apart.
Status Conference: Raniere’s attorney invokes God as his witness in assenting to ‘complex case’ status – Judge limits his swearing to the court alone