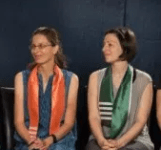 On November 30th, the government filed a letter alleging a potential conflict of interest because the attorneys representing Keith Raniere, Allison Mack, Lauren Salzman, Nancy Salzman, and Kathy Russell are all being paid by Clare Bronfman through a trust.

They asked for a hearing pursuant to United States v. Curcio [a hearing where the judge examines potential conflicts of interest with attorneys and advises the defendants of these conflicts if he finds any. In some instances, the defendant may waive the conflict in writing. In more extreme cases, the judge may determine that the conflict is not waivable and not permit the defendant to use the “conflicted” attorney.]

All the attorneys representing Clare’s co-defendants have filed responses on their behalf stating they want to keep their Bronfman -paid lawyers.

See the letters for

Nancy Salzman’s attorneys write, “No limitation upon the exercise of counsel’s judgment, discretion, or strategies, nor upon the choice of our client’s counsel- have ever been imposed by the trust or exerted upon counsel in any manner by anyone. Counsel has from the commencement of our representation exercised completely independent judgment and operated entirely free of any trust related constraints. We have assurances that state of affairs will continue throughout the pendency of the case. We have no divided loyalty in this matter as counsel, and the trust has imposed no interference of any kind on counsel’s duty of zealous advocacy and full allegiance to our client.”

Lauren’s lawyer Hector Diaz argued in a similar vein stating that the Bronfman trust provides for “…no interference with the lawyer’s independent professional judgment or with the client-lawyer relationship.”

Diaz writes that Lauren “is keenly aware of all risks and benefits associated with this payment arrangement. To the extent that the Court determines a potential conflict exists, Lauren will waive this potential conflict.”

Diaz chastised the government for waiting six months to raise the issue.

“Despite knowing about the Trust and the unique nature of the Trust for months, the Government now alleges for the first time that all counsel for each of the defendants (with the exception of Clare Bronfman’s counsel) has a potential conflict of interest.

“We disagree that any potential conflict of interest exists under these circumstances, and we object to the government’s characterization that the nature of the payment arrangement for legal fees is being used to influence witnesses and divide loyalties…  These assertions are misplaced and raise serious questions as to the government’s appreciation of the underlying intricacies of this case. Any funds that Clare Bronfman has purportedly contributed to the Trust are now Trust assets, and as such, only the trustee has control over those assets.

“Indeed, the trustee plays no role in our defense strategy nor with regard to the advice we provide to our client.”

Lauren’s attorneys agreed to the hearing subject to certain conditions that will protect the privacy of the client to avoid a “fishing expedition.”

In law, a fishing expedition is an unfocused and manipulative attempt to uncover damaging evidence to be used against an adversary.

Raniere’s attorneys – Marc Agnifilo, Terry Geragos and Paul DerOhannesian – argue that the government is doing this because they are vexed that none of the defendants have pleaded guilty.

They wrote, “The government files this Curcio motion now, six months after being told about the trust, because of this vexation over the fact that none of the defendants have pleaded guilty and wish to blame this on divided loyalties. The government, however, conveniently ignores the most obvious reason for defendants not pleading guilty. That is, of course, because the defendants are not guilty.”