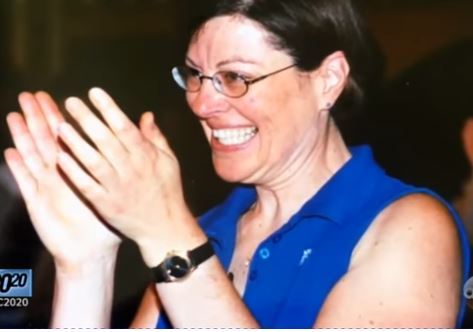 That’s what Nancy Salzman implores usto do at her website: http://www.nancysalzman.com/.

But like much of the word salad admonitions and proclamations of other members of the NXIVM/ESP cult, these are words without meaning.

Nancy Salzman, the President of NXIVM Corporation and numerous other related companies – who prefers to be called by her self-given title of “Prefect” – is the epitome of the fraud and deception that is at the core of everything related to NXIVM/ESP.

Just read what she has to say about herself at her website:

“With over thirty years of intensive study and practice in the fields of healthcare, human potential and human empowerment, Nancy brings an incredible wealth of knowledge, wisdom and experience to her role as President of Executive Success Programs. Nancy spent many years seeking out and mastering models of human empowerment—from Neuro- (having studied with both Bandler and Grinder) psychobiology (with JoanBorysenko) to Ericksonian Brief Solution Based therapy (studying directly under Milton Erickson Rossi ). She practiced individual and family counseling to the field of human potential.”

Somehow, in the midst of all this self-adulation, Nancy forgot to mention that she actually started out by fraudulently billing Medicaid for her counseling services by using a legitimate Medicaid provider’s billing credentials – and kicking back a portion of her fees to that person.

And this was before she even heard about the man who would teach her how to be a full-time criminal; i.e., the one and only Keith Alan Raniere AKA The Vanguard.

Although many believe that Raniere turned Nancy into a criminal, the reality is that she had already gone down that road long before she met him.

So, their creation  – and operation – of the NXIVM/ESP criminal enterprise really needs to be looked upon as a “partnership” rather than as something that Raniere lured her into.

Other insights into Nancy’s core character can be gleaned from the transcript of her deposition in Toni Natalie’s bankruptcy case (At Raniere’s direction, Nancy sought to prevent Toni’s bankruptcy from being approved by who was presiding over the case).

Here are just a few of her statements from that deposition:

OK –So, she’s a nurse. No problem with that (It’s actually a very noble profession). But, of course, like everyone else involved with NXIVM/ESP, Nancy had to pretend to be much more than just a nurse.

And, BOOM, there we have the basis for the professional title that Nancy bestowed upon herself: Psychotherapist.

Which sounds pretty damn impressive until you realize that New York State does not recognize– or license – any such profession.

So, you too can be a Psychotherapist simply by saying you are. And, don’t you can’t explain what that is because there’s nothing illegal about claiming to be a member of a profession that doesn’t actually exist in New York State.

This is the kind of bullshit that is the very essence of NXIVM: i.e., claiming to that you’re not.

In the end, that’s what Raniere himself is all about. Claiming to be something that he’s not…

Not the world’s smartest man…

Not one of the three greatest problem solvers in the world…

NXIVM/ESP is – or, maybe more correctly, was – an organization built on deception and lies – and headed by two people who constantly deceived and lied to others…

And how did that work out?

Blast from the Past: NXIVM endorsements ring hollow today
Not My America: Children’s Safety, Chemical Weapons and the Consequences of Hate
Comment