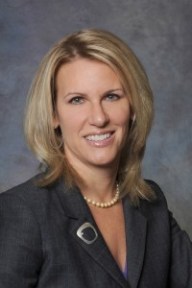 Since the issue of attorney/client privilege has already become of major importance in the pending charges against Keith Raniere, Clare Bronfman and Nancy be helpful if we take a minute to examine just what this privilege is – and what some of the exceptions are to it.

To begin with, the concept of attorney/client privilege can be traced back to the Roman Empire. Yep, even way back then, attorneys were making up rules to make themselves more important – and, thus, able to charge higher fees for their services.

The basic concept behind the privilege is to make the client feel more secure in disclosing information to her/his attorney. Thus, the privilege requires an attorney not to reveal any communications that (s)he has with a client – e.g., discussions, letters, emails, text messages, smoke signals, etc. – to any third party.

And “any third party” means just what it says. It includes the client’s family members, friends, business associates, etc. – and it even applies to governmental agencies and criminal justice authorities.

The privilege belongs to the client – and not to the attorney. So, it’s only the client who gets to decide when to assert – and when to waive – the privilege.

And in order to be entitled to client status, a person must have actually retained the attorney to provide legal services (That discussion you had with the attorney sitting next to you on the plane about setting up a trust for your mistress? Yeah, that’s not going to be considered a privileged communication unless you also retained her/him as your attorney).

So, that all sounds pretty simple, right?

First of all, not all communications between an attorney and a client are subject to /client privilege.

For example, if the information that was shared by the client can be obtained from another non-privileged source, it is not protected by the  attorney/client privilege.

Next, there are several exceptions to the attorney/client privilege – each of which negates what would otherwise be privileged communications.

Some of those exceptions are as follows (Note: This is not a complete list):

So, what started out as a fairly simple concept has now become much more complicated because of all the nuances and exceptions that apply to the doctrine of attorney/client privilege.

And once you add the standard practices of Raniere and his NXIVM/ESP cohorts into the mix, you can begin to understand just why this doctrine has quickly become a major battleground in .

Raniere almost never hired an attorney to represent him personally – and he rarely spoke directly with any of the attorneys who were hired to pursue his quixotic legal theories or to harass one or more of his enemies.

And his standard practice was to share just about every written communication he received from an attorney with one or more of his “inner circle” (This was particularly true when Kristin Keeffe was still around and serving in her role as the“Legal Liaison” for NXIVM/ESP).

And as for asking an attorney to participate in a crime?

Well, why do you think so many of the attorneys who got paid those exorbitant fees from NXIVM/ESP over the years have suddenly decided to clean up their files – and to get rid of all those silly emails and text messages that have been clogging up their telecommunication systems?

Editor’s Note: In their most recent filings, some of the defense attorneys have indicated that they also wish to raise the issue of “attorney work product” with respect to some of the documents and emails that were seized from Nancy Salzman’s house back in March. If that, in fact, becomes a major issue in the case, we’ll also review what that concept is – and how it may impact the case.

The Frank Report does not provide legal advice or legal opinions – and everything in this post can found by anyone who is capable of doing basic Google searches.

In addition, we do not guaranty the accuracy or completeness of the information in this post– and we, in fact, invite any attorney-readers to send us any corrections they feel are appropriate.

This Could Be The End of the NRA!
Heidi: Raniere hacked computers for years – including mine